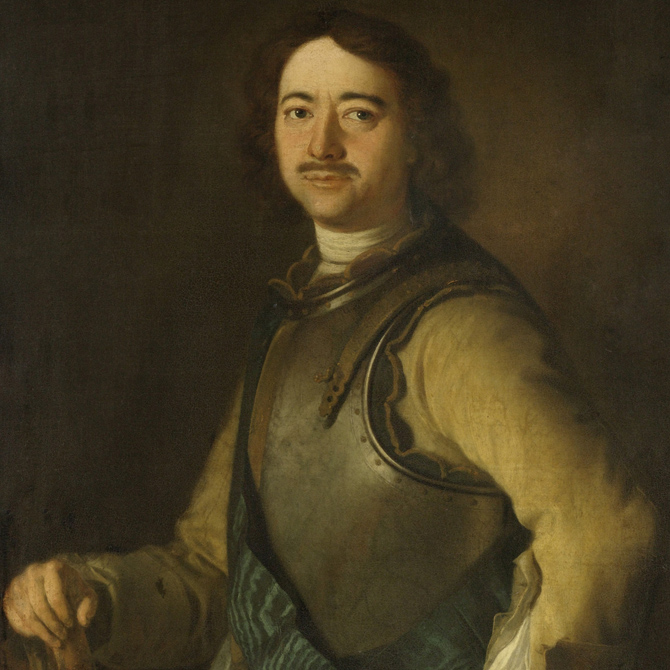 The Mint has received many prestigious visitors in its 1100-year history but perhaps one of the most unexpected is the Russian Tsar, Peter the Great, whose last visit to the Mint was on 21 April 1698. Peter’s obsession with all things mechanical and scientific is already well documented, so it is hardly surprising that he would take the opportunity presented during his stay in England to visit sites that indulged this interest. One such site was the Royal Mint which at the time was located within the walls of the Tower of London. While the exact details of Peter’s tour still remain something of a mystery, it is clear that the Mint held a certain fascination for the Russian Tsar as he visited no less than four times.

His visits came at a significant moment in the Mint’s history as it had just completed a major reform of the coinage. Milled coins had first been regularly introduced into the English coinage in 1662 but it was not until the 1690s that the last hammered coins, some of which dated back several hundred years, were withdrawn from circulation and replaced. 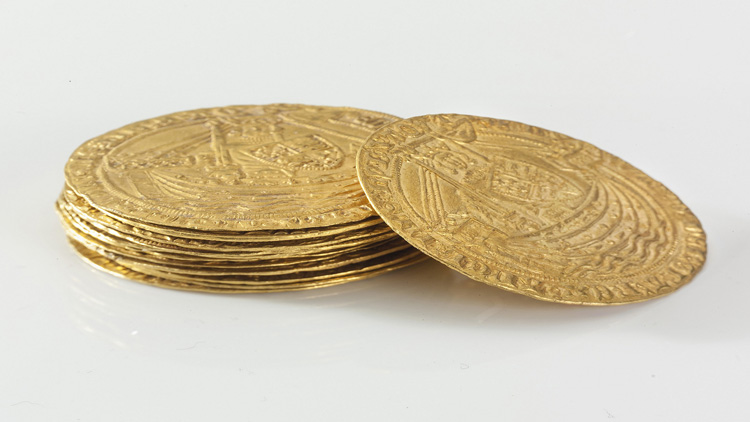 Produced by horse-powered rolling mills and hand operated screw presses, milled coins were a great improvement on what had gone before. A greater tonnage was used to strike them which, when couple with the inclusion of a restraining collar, gave them greater uniformity and depth. 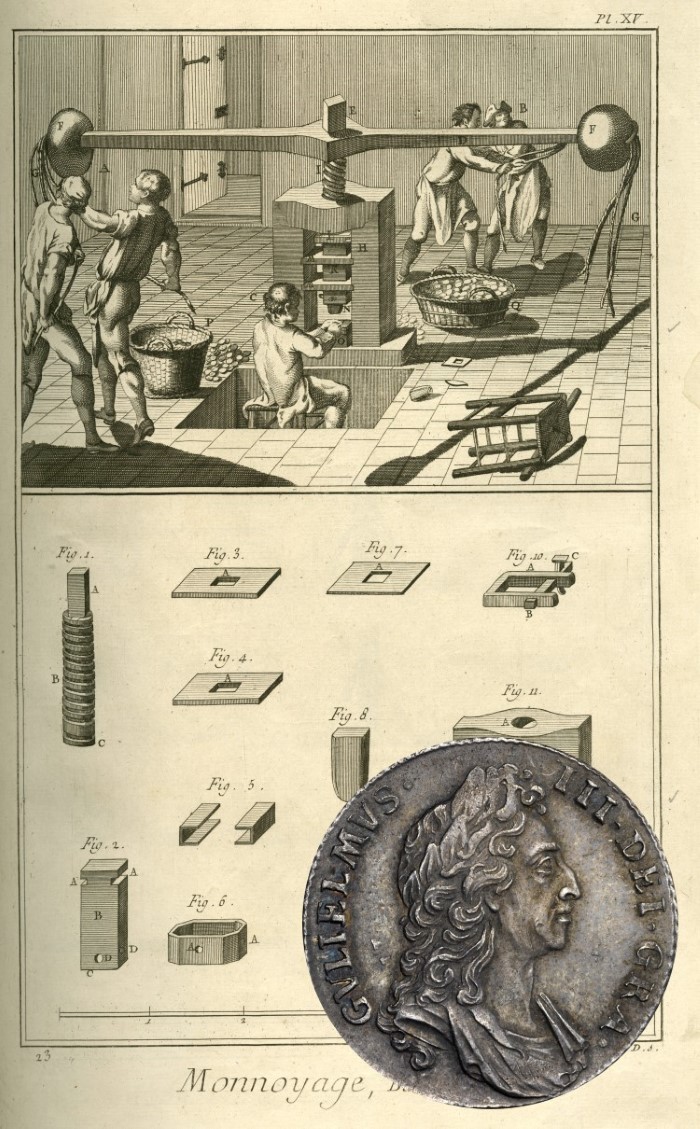 This allowed for enhanced security features to be included, such as the addition of milling and edge lettering, all of which helped to safeguard the coinage from damaging activities of clippers who would illegally cut pieces off the edges of coins. The Tsar’s interest is only to be expected when the desperate state of the Russian coinage is taken into consideration. It was long overdue restructuring and Peter would have been keen to see the progress the Royal Mint had made in undertaking this task and the methods by which it had been achieved.

Very little documentary evidence has survived in the Royal Mint’s records that can help to shed further light on what transpired during Peter’s visits. There is still some debate as to whether he ever met one of the Royal Mint’s most famous officers, Sir Isaac Newton. 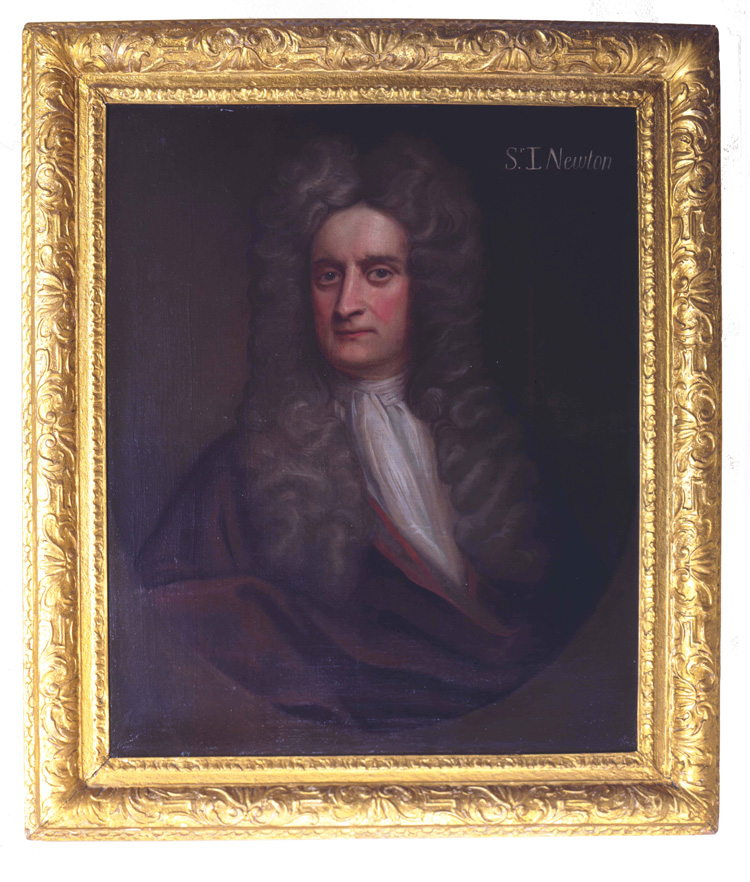 In 1698 Newton was not yet Master of the Mint, instead performing the duties of Warden until taking up the Master’s office in 1699. As a result, it is likely that that he may well have been in Cambridge throughout the Tsar’s visit to London leaving the then Master of the Mint, Thomas Neale, to show Peter the machinery and explain the workings of the English currency system. We do know that on his last visit, just before leaving England, Peter was accompanied by no less a figure than Chancellor of the Exchequer, Charles Montagu. The diarist and historian Narcissus Luttrell’s recording that, ‘Thursday, (21st April) Mr Chancellor Montague showed the czar the Mint in the Tower, after they dined on board the Royal Transport and then Admiral Mitchel conveyed him to Holland’.

Whilst he may never have met one of the Royal Mint’s most famous names on his visits, the technical and practical concerns involved in producing the coinage clearly appealed to Peter. The influence of his visits can be seen by the reforms instituted to the Russian coinage just two years later which were modelled on the English pattern.