2018 marked an important milestone as it was the 50th anniversary of the Royal Mint moving from its ancestral home in London to Welsh Valleys. This huge shift, still very much within living memory, provided a perfect opportunity to record the memories of long-serving members of staff and some of those who were actually involved in the move.

These voices from the Mint have have allowed us to explore and retain a new side to the history of this great institution told, first hand, by those who know it best. 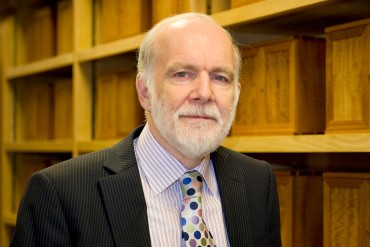 Graham Dyer joined the Royal Mint in August 1961. Two years later, in the summer of 1963, he was appointed Librarian and Curator, taking over responsibility for the Royal Mint Museum. After a period of special leave between 1967 and 1971 to attend the London School of Economics he returned to the Museum in April 1971 and resumed his duties as Librarian and Curator. In 1980 he organised the transfer of the Museum from Tower Hill to the new Royal Mint at Llantrisant and he remained Librarian and Curator until his retirement in March 2003. Since then he has occupied the part-time position of Senior Research Curator, charged with cataloguing the contents of the Museum.

Retired Head of the Melting, Rolling and Blanking unit 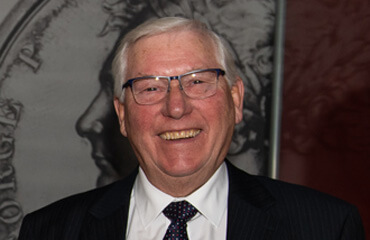 Brian Smith, or BAS as he is known, started working at the Mint in August 1959. He specialised in engineering and worked in many different departments around the old factory in Tower Hill, London. In 1966 Bas moved to South Wales to set up the training centre in advance of the opening of the site at Llantrisant where he worked until his retirement. He was awarded the OBE in 2000 for his services to the Mint.

Ken Smith started at the Mint as Deputy Chief Procurement Officer in 1966. At the time the factory was based at Tower Hill in London but it wasn't long before the announcement was made that the Mint was moving to South Wales. In January 1968 Ken arrived at the new site and was in attendance when the Queen officially opened the new factory in December of that year. 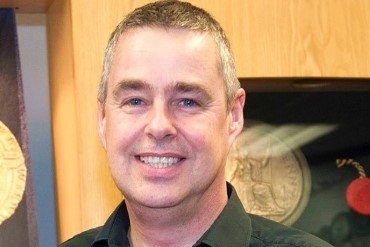 Matthew James came to the Mint straight from University in 1984. He joined the Assay Department working in the metallurgy section. During his time at Llantrisant he worked on the first Royal Mint copper-plating plant and was part of the team that developed the technology in the 12-sided pound coin. He is currently undertaking his PhD in electrochemistry.

Former Head of IT 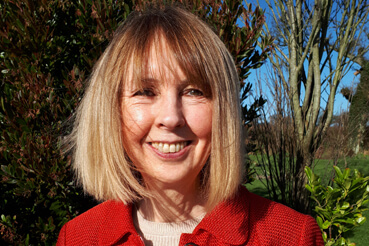 Tina Oakes started working as a contractor for the Royal Mint in 1980 to develop and implement a sales sort of processing system for what was then the “coin club” which sold commemorative coins. She officially joined as a member of staff in 1989 and later became the first woman on the senior management team. Tina managed the development and implementation of an Integrating Purchase Ordering and Store System that went live in 1993 and was only replaced recently. 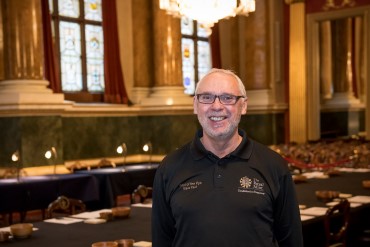 Stephen Paull has worked for the Mint for over 40 years having joined in December 1975. He started in the Melting, Rolling and Blanking Department and, after studying Chemistry and Quality Management he was appointed as Co-ordinator in the Quality Assurance Department. One of the highlights of his career was being a part of the production team for the Olympic medals for London 2012 where his role was to inspect the medals before they were despatched.

Not unnaturally, perhaps, film-makers have always been keen to record footage of the Royal Mint in operation.

The Royal Mint Swimming Club, had its first committee meeting 120 years ago on 4 August 1897.