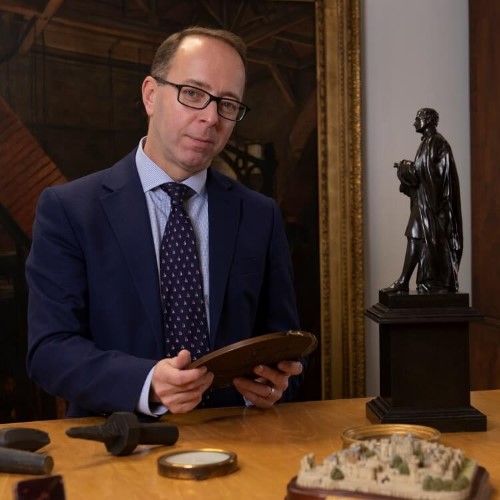 Dr Kevin Clancy joined the Royal Mint in 1992. He is a historian who has written and lectured extensively on the history of the Royal Mint and the British coinage.

As Director of the Royal Mint Museum he has played a central role in shaping the future of the Museum as a charity through its education, publication and exhibition programmes, including the creation of a permanent exhibition on the history of the Royal Mint at the Tower of London and at the Royal Mint Experience. His publications include Designing Change (2008), A History of the Sovereign: chief coin of the world (2015), The Royal Mint: an illustrated history (second edition, 2016) and Objects of War: currency in a time of conflict (2018).

Since 2003 he has been Secretary to the Royal Mint Advisory Committee on the design of United Kingdom coins, official medals and seals. In 2016 he was elected President of the British Numismatic Society. 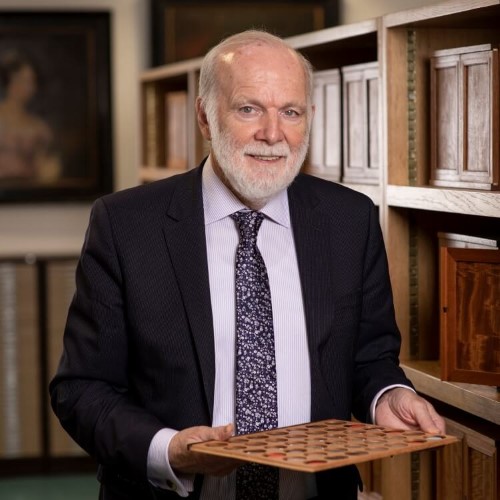 Graham Dyer joined the Royal Mint in August 1961. Two years later, in the summer of 1963, he was appointed Librarian and Curator, taking over responsibility for the Royal Mint Museum. After a period of special leave between 1967 and 1971 to attend the London School of Economics he returned to the Museum in April 1971 and resumed his duties as Librarian and Curator. In 1980 he organised the transfer of the Museum from Tower Hill to the new Royal Mint at Llantrisant and he remained Librarian and Curator until his retirement in March 2003. Since then he has occupied the part-time position of Senior Research Curator, charged with cataloguing the contents of the Museum. 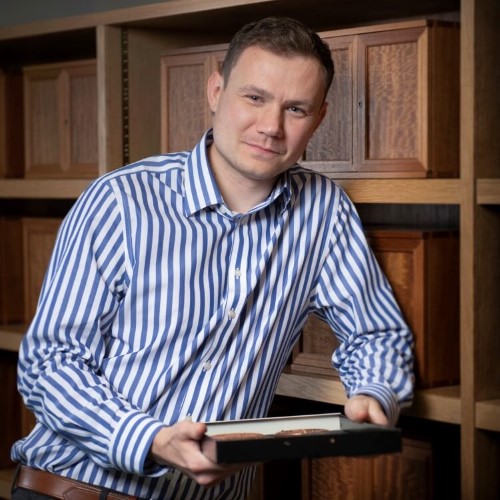 Chris read History at the University of York where he also completed an MA in Cultural Heritage Management in 2011. The following year he began working as Assistant Curator at the Royal Mint Museum. He regularly gives talks on the history of the Royal Mint and has spoken on topics as varied as the Royal Mint during the First World War through to the introduction of the £1 coin. He is currently researching the role of the Sovereign in post-war Europe, which he hopes to publish sometime in the coming year.

One of his favourite objects in the Museum’s collection is not a coin or a medal, but the simple cardboard box in which the Edward VIII material was kept for many years. With the stark warning ‘Not to be opened except in the presence of two senior officers of the Royal Mint’ written across the top, the object sheds light on the controversy associated with the abdication. 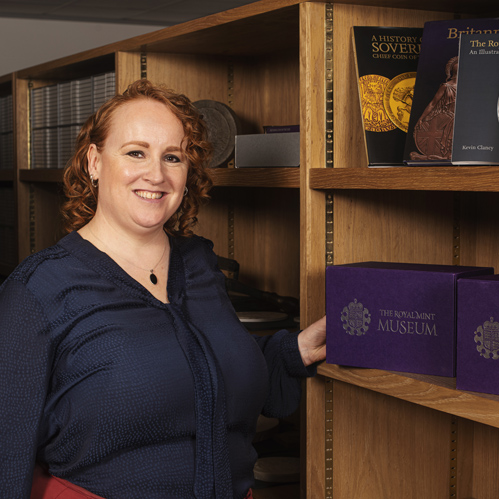 Bethan is currently studying towards History BA (Hons) and has experience working in the commercial sector, giving her the skill set required to coordinate our projects. She has a Diploma in Office Management and a Foundation Degree in Social Media, these diverse competencies ensuring that the Museum’s objectives are worked towards and the project elements flow together.

In her free time, Bethan sews and has been crocheting for nearly 30 years. She is a volunteer Kitchen Manager at a major Welsh music festival and for the last 11 years has spent her summer holiday cooking for the volunteers crew and artists alike. Bethan’s favourite part of the collection is the collection of modern objects that were created as part of the process of decimalisation as her area of particular historical interest is in social history. 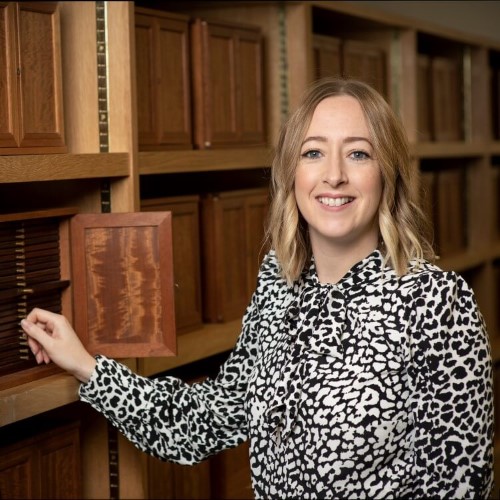 As the Exhibitions Manager Abigail is responsible for putting objects from the Museum’s Collection on display in the Royal Mint Experience and at locations around the country. Since joining the team in 2012 she has worked with organisations such as the Tower of London, the Bank of England Museum and the British Museum to create exhibitions and accompanying interpretation panels.

In her spare time Abigail has a head for heights and enjoys attending trapeze classes at a circus school in Cardiff.

Abigail’s favourite object is the electrotype for the 1935 crown featuring St George and the dragon by Percy Metcalfe. She likes the art-deco style design and the story which suggests that Metcalfe used his own face for that of St George. 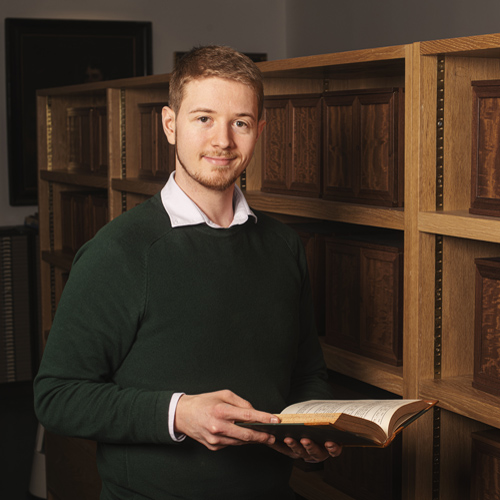 As the Public Engagement and Information Officer, David responds to Museum enquiries, writes content for the Museum’s online platforms, and assists with historical coin authentications. He completed a doctoral research degree while teaching medieval literature and history at Cardiff University, and he now uses his research background to explore the Museum’s extensive archive, producing learning materials and telling the stories from our collection.

In his free time, David enjoys baking bread of all kinds. He also hosts a regular book club, at which he seeks taste-tester feedback. David’s favourite items in the collection are the cut medieval pennies, which offer a fascinating insight into the development of the currency and are a testament to the ingenuity of thinking in the Middle Ages. 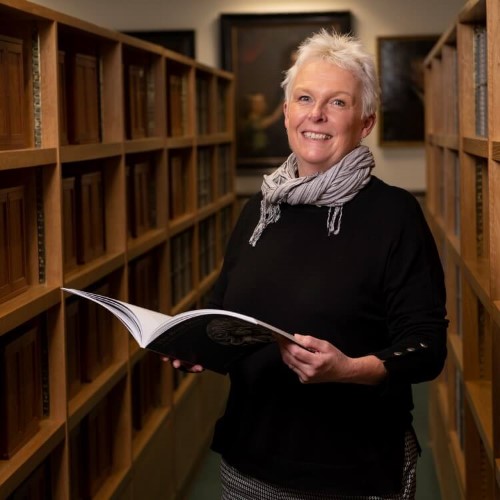 Virginia Porter has a degree in Law from London University and has experience working for a variety of organisations in both the private and not-for-profit sector, most recently working for a small political consultancy.

As Museum Office Manager, Virginia is responsible for ensuring the smooth running of the Museum office, organising meetings of the Trustees and the Royal Mint Advisory Committee and assisting the Museum team with projects.

Most of her spare time is taken up with exploring new trails with her collie Dingle and attempting to win rosettes at agility competitions.

One of her favourite coin designs is that of St George and the dragon by Benedetto Pistrucci for the new Sovereign in 1817. 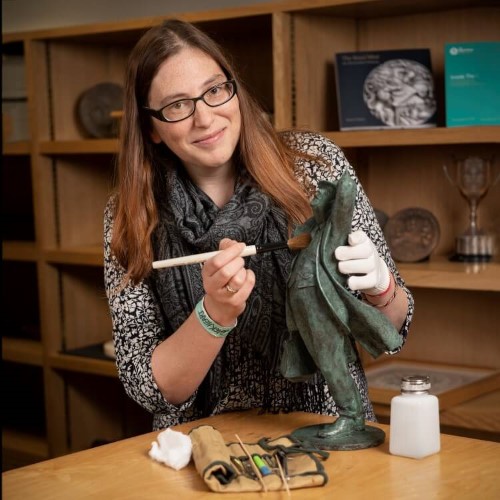 Susie began her career in heritage studying the Conservation of Objects in Museums and Archaeology at Cardiff University and first came to the Museum in 2014 as part of a project to reorganise and catalogue parts of the collection. Since that time she has become increasingly involved with digital engagement, working to make our history and stories more accessible via our website and social media channels.

Outside work she enjoys walking in the Welsh mountains, baking elaborate cakes and wild swimming.

Her favourite museum object is our Janvier reducing machine which she developed a particular affection for after spending time talking to Ken Stoat who used to work with the machine when it was still used in production. 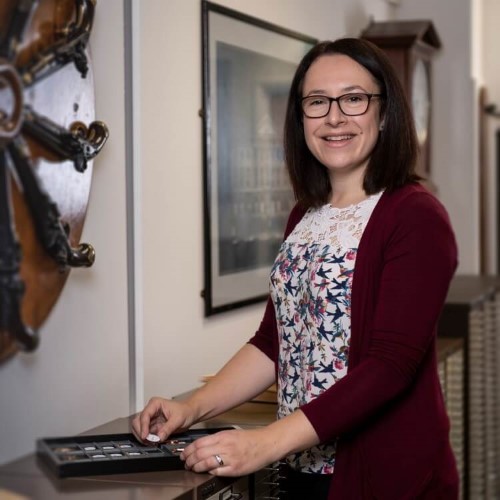 Sarah studied Archaeology at Cardiff University and spent the next ten years working in museums around the United Kingdom, but the job of Collections Manager at the Royal Mint Museum brought her back to Wales in 2010. Responsible for ensuring that the Museum’s objects are properly cared for, her role is very diverse encompassing all aspects of conservation, storage, documentation and loans to other museums.

Overseeing all aspects of collection care has allowed her to appreciate the diversity of the objects in the Museum and one of Sarah’s favourites are the three jasper cameo portraits of George III by the talented artist Benedetto Pistrucci. Famed for his St George and the dragon design which still appears on the sovereign, these cameos demonstrate that when he first arrived at the Mint he had no background in coin or medal design, having spent his career to this point working as a gem engraver. 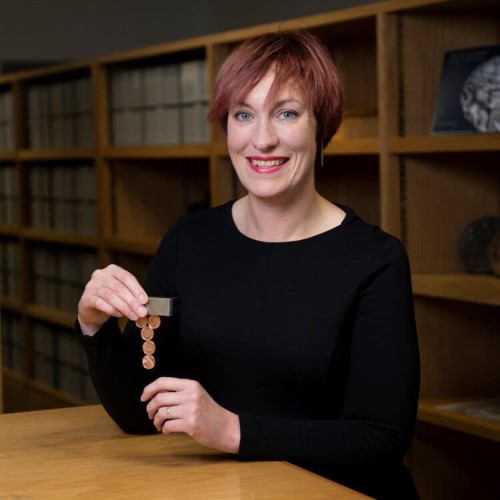 Amy is responsible for the Museums schools programme devising workshops and lesson plans for visiting schools and outreach sessions. She works closely with the Royal Mint Experience and helps to deliver sessions to schools and other groups. She also develops content for the Museums online resources and helps with public engagement activities.

Coming from a science communication background Amy has spent most of her career blowing things up on stage and aims to bring the same level of excitement to heritage learning, finding new ways to help audiences engage with the Museum collection.

Amy’s favourite objects are the London 2012 Olympic & Paralympic medals because they are very special and have an interesting story of innovation behind them.