The first coin design by sculptor Mary Milner Dickens was the 50p of 1992-1993 celebrating the United Kingdom’s presidency of the European Council of Ministers and the completion of the Single Market. Her characteristically thoughtful designs were also chosen for the 50p of 2000 commemorating the 150th anniversary of the Public Libraries Act, the crown of 2001 marking the centenary of the death of Queen Victoria and the 50p of 2003 for the centenary of the foundation of the Women’s Social and Political Union. Medal commissions include the emotive Battle of Britain 50th anniversary medal of 1990 and the Royal Mint’s Fleur de Coin Club medal issued in 1994. 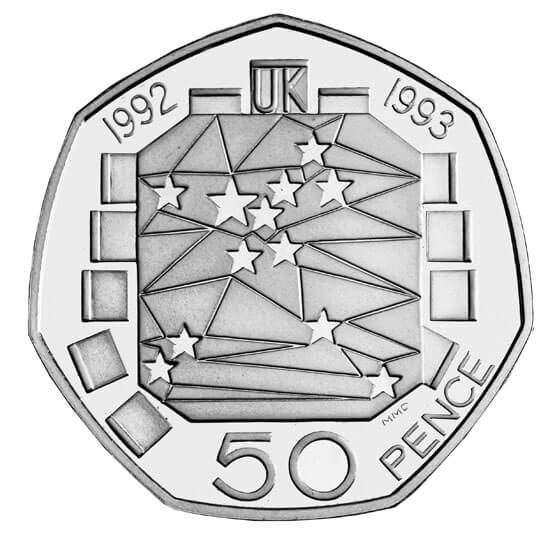 The United Kingdom’s presidency of the European Council of Ministers and the completion of the Single Market, 1992-1993 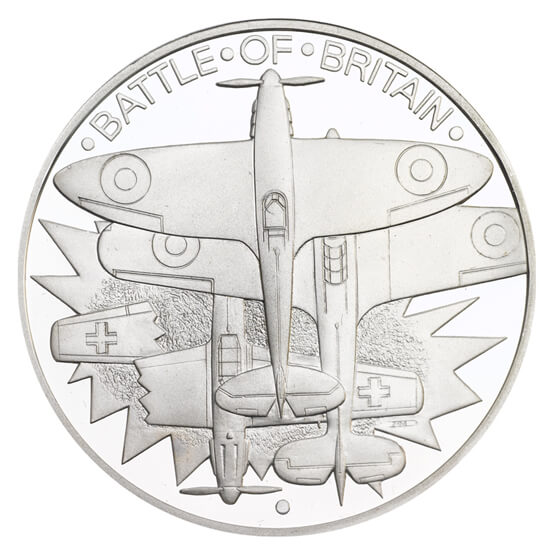 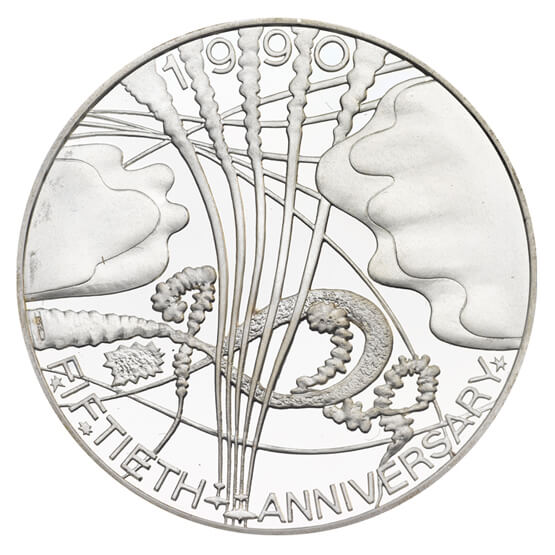 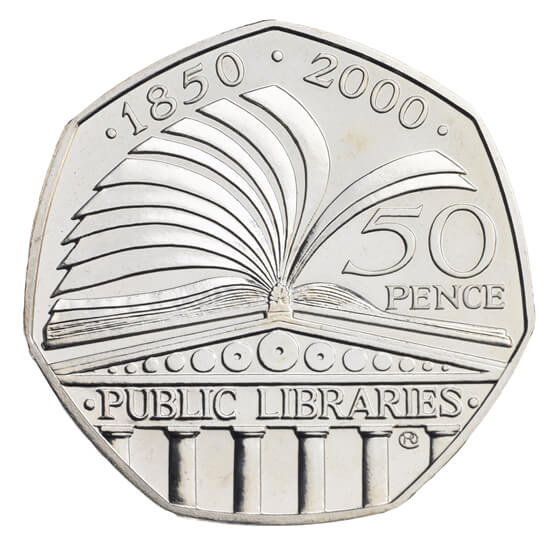 As a sculptor her versatility is founded upon the broad education she received at a number of eminent institutions during the 1950s and 1960s. She acquired the traditional skills of modelling, carving, drawing and lettering at the Royal College of Art and Leicester College of Art, while her time studying for a Masters degree in Fine Art at Cornell University in the United States exposed her to a variety of new technological processes and alternative media. She also spent two years at the British School in Rome and won the prestigious Prix de Rome for Sculpture in 1957.

She has received numerous commissions to provide work for public and private collections both at home and abroad, including a fifty-foot concrete mural for a grammar school in Berkshire and plate designs for the Silver Trust National Collection based in Downing Street.