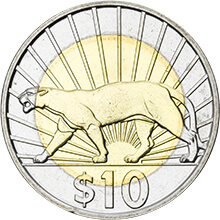 Coins for Uruguay were first struck at the Royal Mint in 1953, making up a large order of almost 250 million pieces in 1, 2, 5 and 10 centesimos. The obverse bears a portrait of General Artigas – founder of Uruguayan independence – by Humphrey Paget.

Another order of a similar size was received in 1960, this time for six denominations from the 1 peso down to the 2 centesimos. Paget’s portrait of Artigas was retained, as were the reverse designs for the three lower denominations. But a new reverse type was adopted for the higher denominations, consisting of the national coat of arms surrounded by an arc of five-pointed stars.

A year later the Mint struck its first commemorative coin for Uruguay, a silver 10 pesos marking the 150th anniversary of the uprising of 1811. A striking portrait of a heroic Gaucho by Michael Rizzello appears on the obverse.

Later coins struck at the Mint for Uruguay include the silver 25,000 pesos – with an obverse design showing a manual screw press for the striking of coins – issued in 1992 to mark the 25th anniversary of the Central Bank of Uruguay. A substantial order was also received in 2011 for 5 and 10 peso coins for general circulation, the latter being a bi-metallic piece carrying the attractive ‘puma and sun rays’ design that appeared on certain Uruguayan coins of the 1930s and 40s. 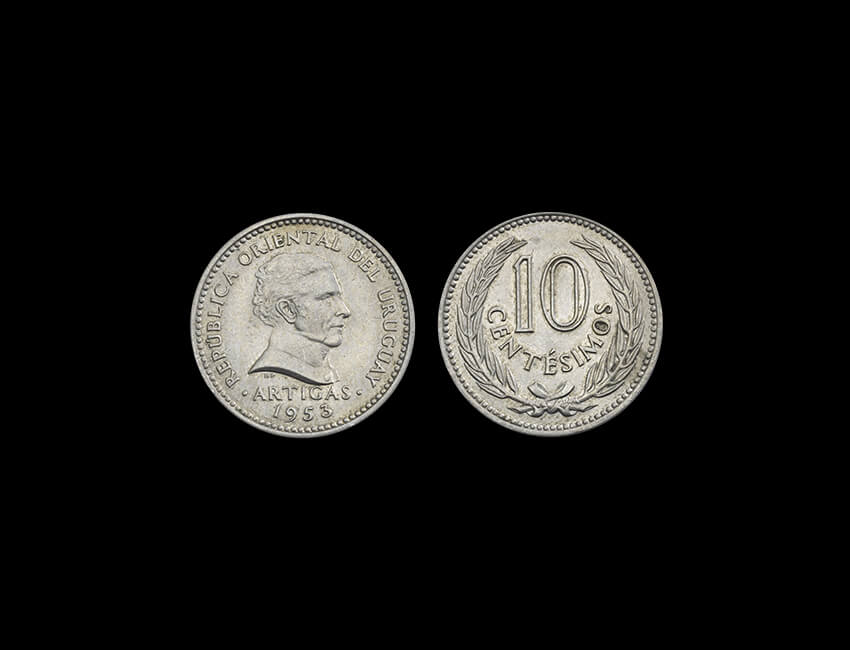 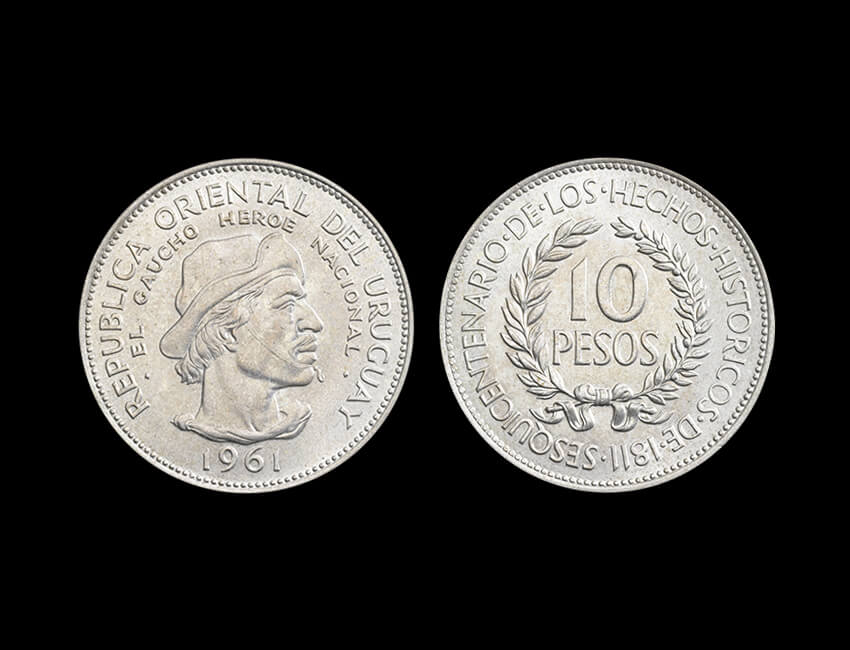 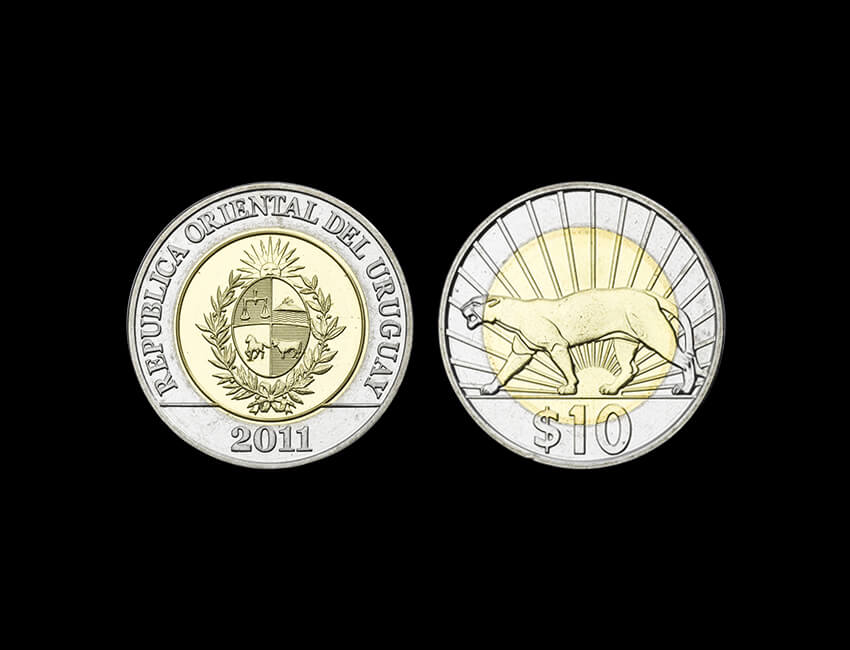 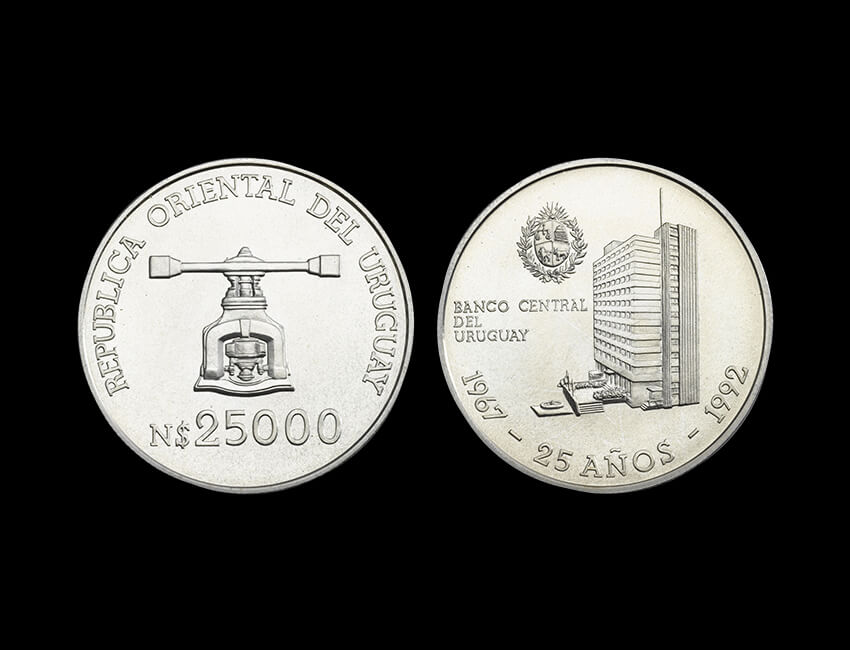 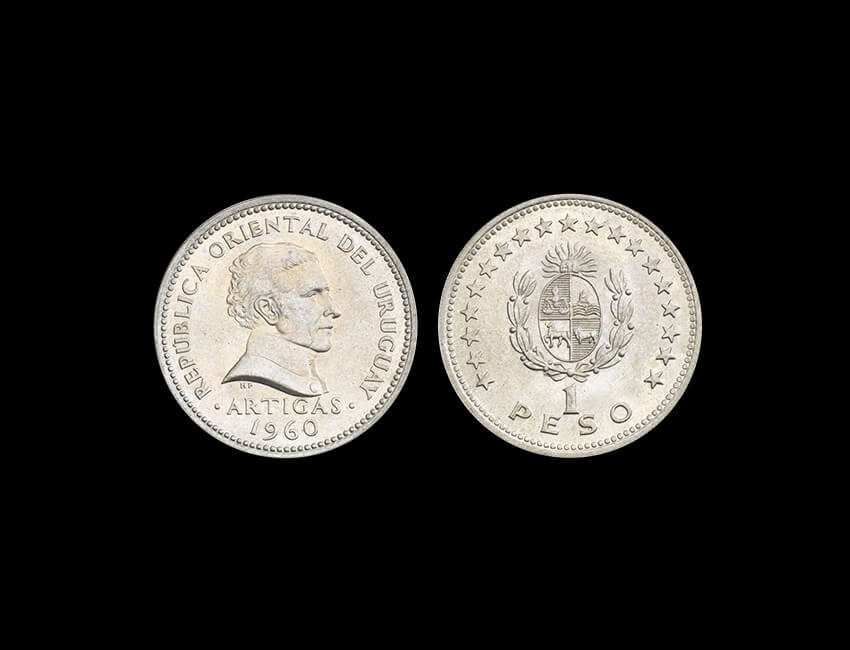