Trustees AGM and the Super Bloom

This month the Trustees of the Museum met at the Tower of London for their Annual General Meeting to approve the Museum’s report and accounts and look back at the last year’s achievements. The meeting was held at the Tower, the ancestral home of the Mint, with a connection dating back over 700 years to when Edward I (1272-1307) installed the Mint within the safety of the Tower’s walls. More information about this shared history can be found in a permanent exhibition, developed in partnership with Historic Royal Palaces, which is situated on ‘Mint Street’ in the Tower of London.

During their time at the Tower the Trustees met with the current governor, Andrew Jackson CBE, and took a closer look at Superbloom, the display of over 20 million wildflowers planted in the moat to celebrate the Queen’s Platinum Jubilee. They couldn’t resist having a go on the Superbloom slide! 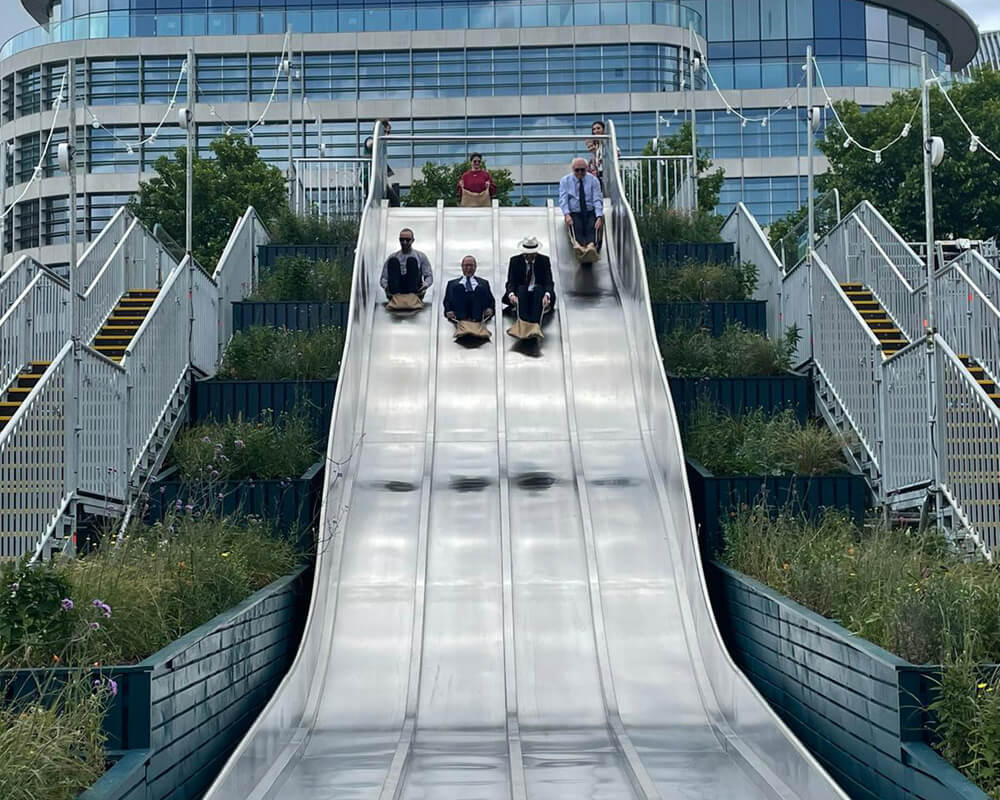 Striking portraits of Her Majesty The Queen

On 31st May our Director, Dr Kevin Clancy, took part in an online event to celebrate the Queen’s Platinum Jubilee. The event was hosted by the British Museum to complement their new exhibition, Mary Gillick: modelling The Queen’s portrait, which closes on 3rd July.

Mary Gillick OBE (1881–1965), was a sculptor famous for making the image of the Queen used on coinage from 1953 to decimalisation and beyond. The Queen sat for Gillick in the sculptor's studio, with Prince Philip closely supervising. In the online discussion, the show's curator Philip Attwood, Kevin Clancy and Alessandro Nasini of the Royal Collection Trust, considered how this image of The Queen was designed and struck for the coinage. They also explored how it fits in with the development of The Queen's image over her 70-year reign, especially through photography. The event is still available to view on the British Museum’s YouTube channel.

Our project team have been working hard behind the scenes this month to ensure all 70 of our reminiscence boxes were loaned out to residential care homes around the country to celebrate the Queen’s Platinum Jubilee. Residents from Inverness to Plymouth and from Belfast to Norwich were able to enjoy exploring pre-decimal coins, commemorative items, images and audio-visual content designed to provoke memories and stimulate conversation. 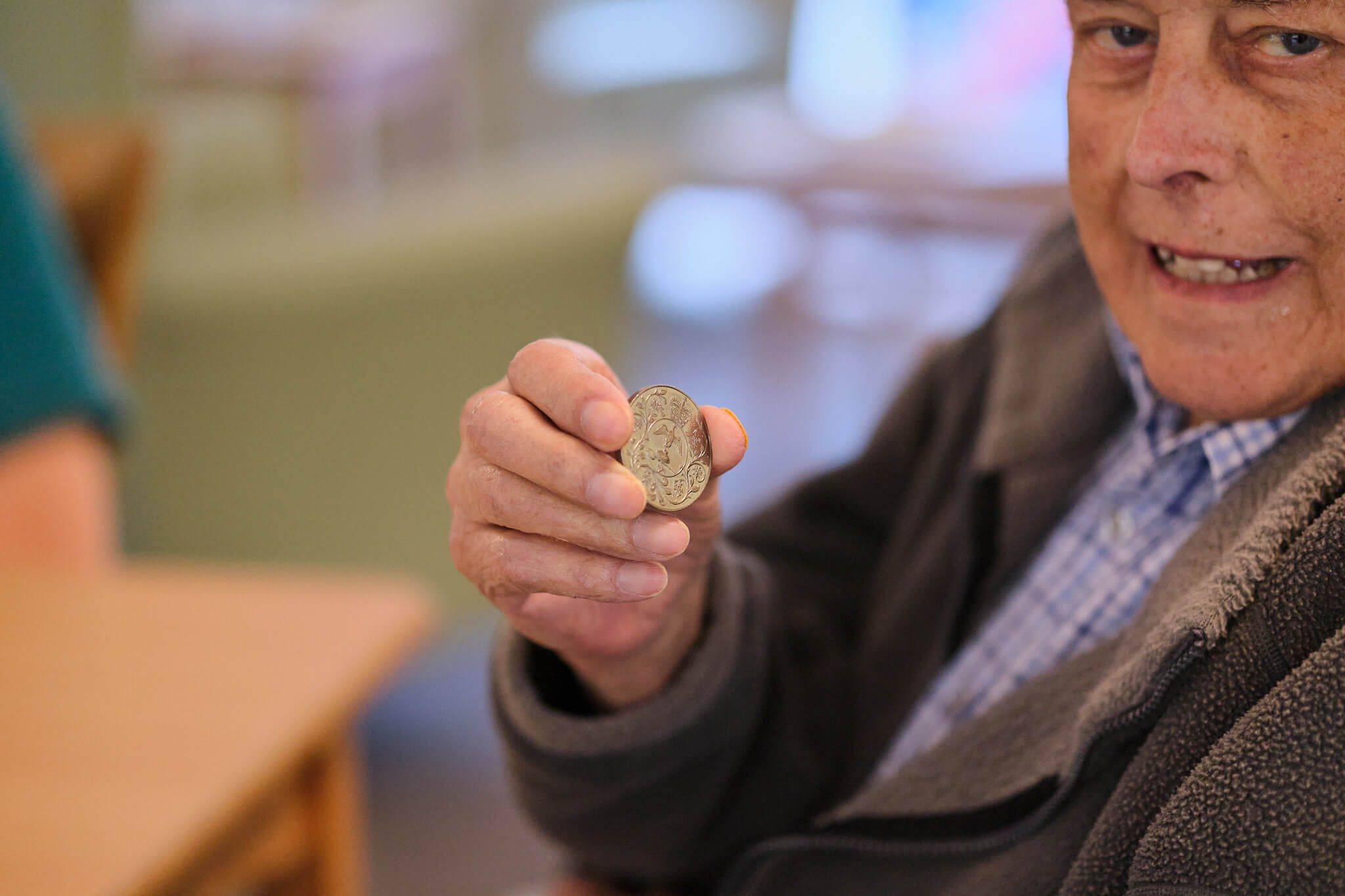 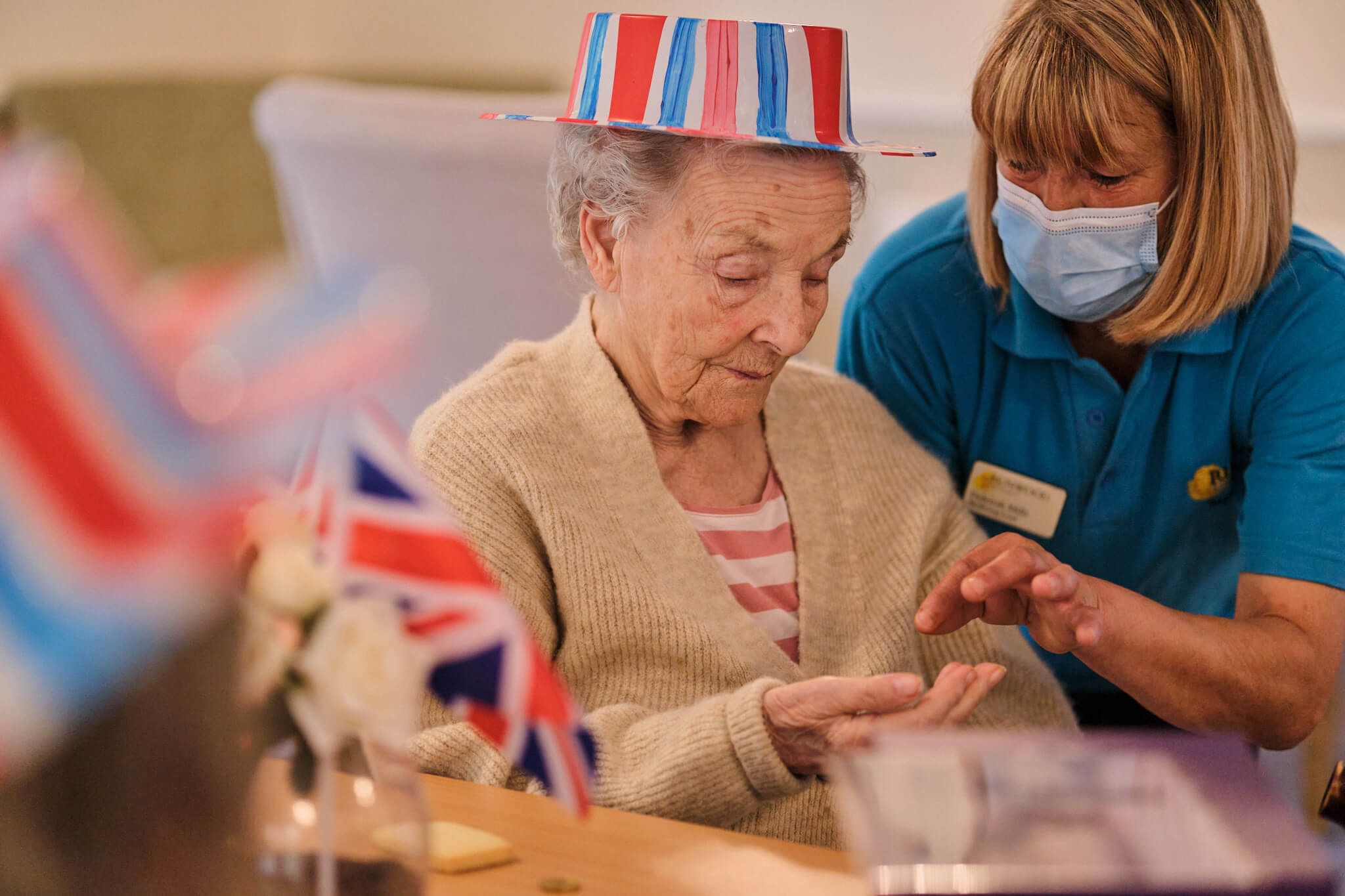 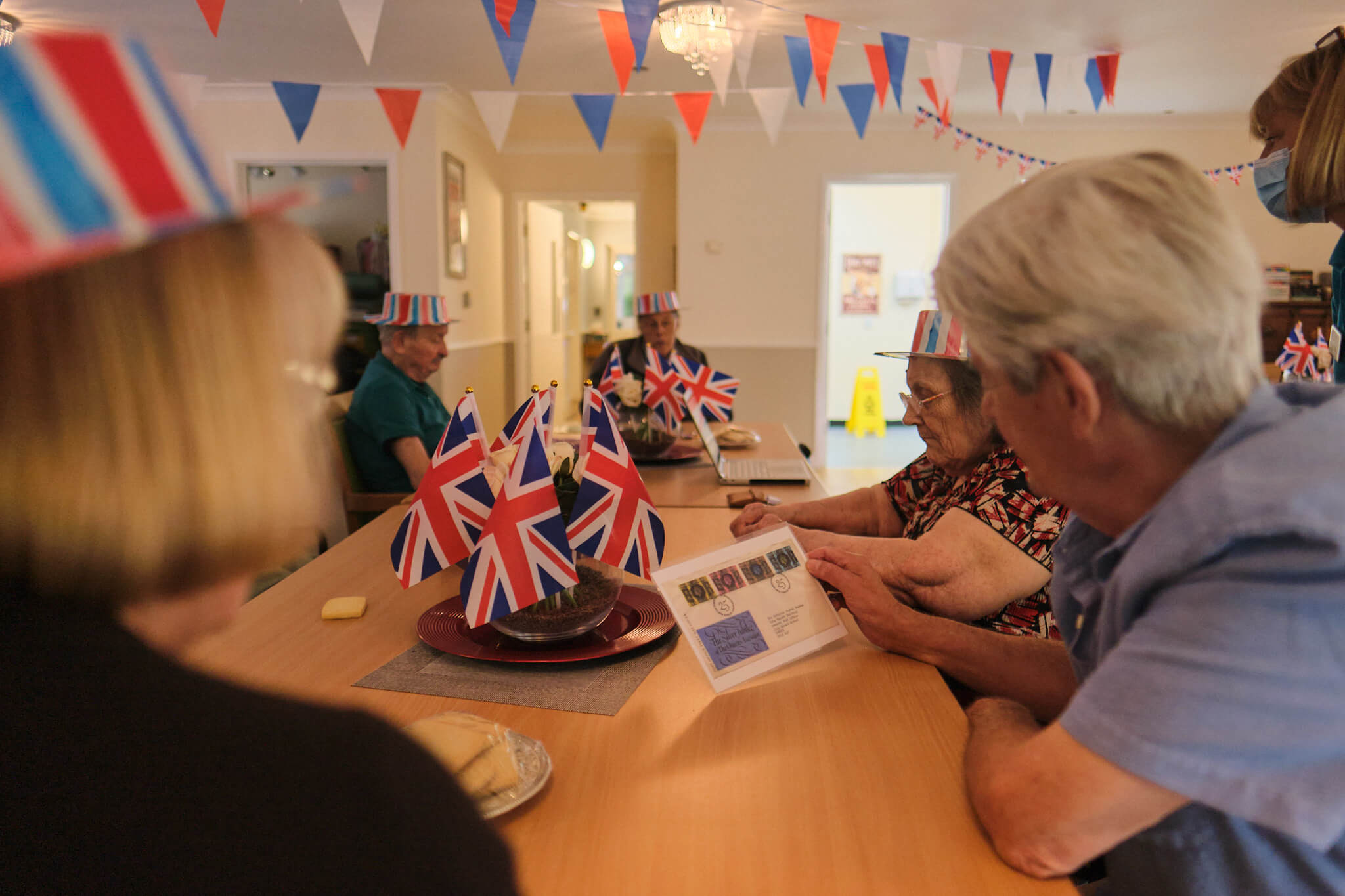 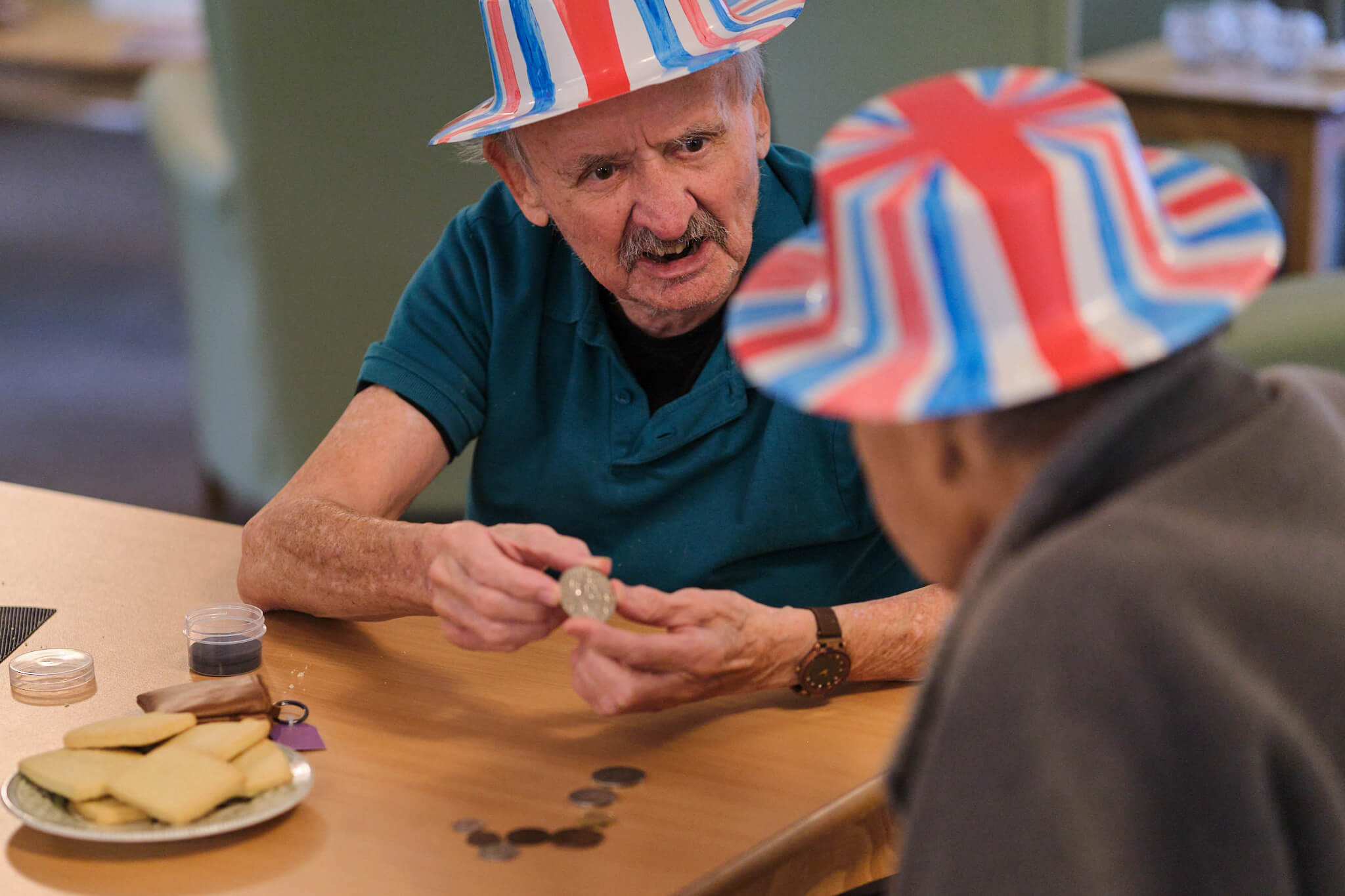 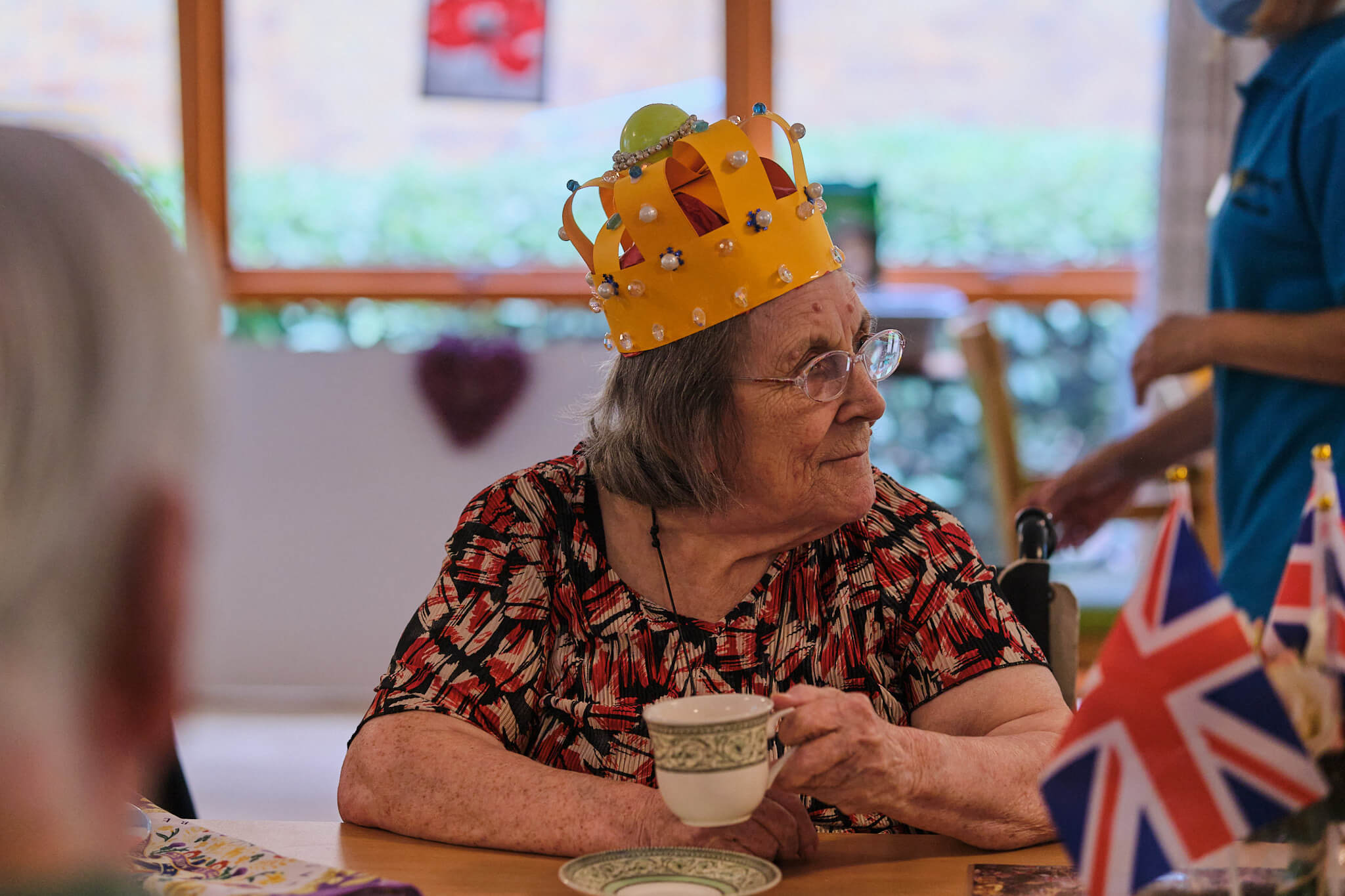 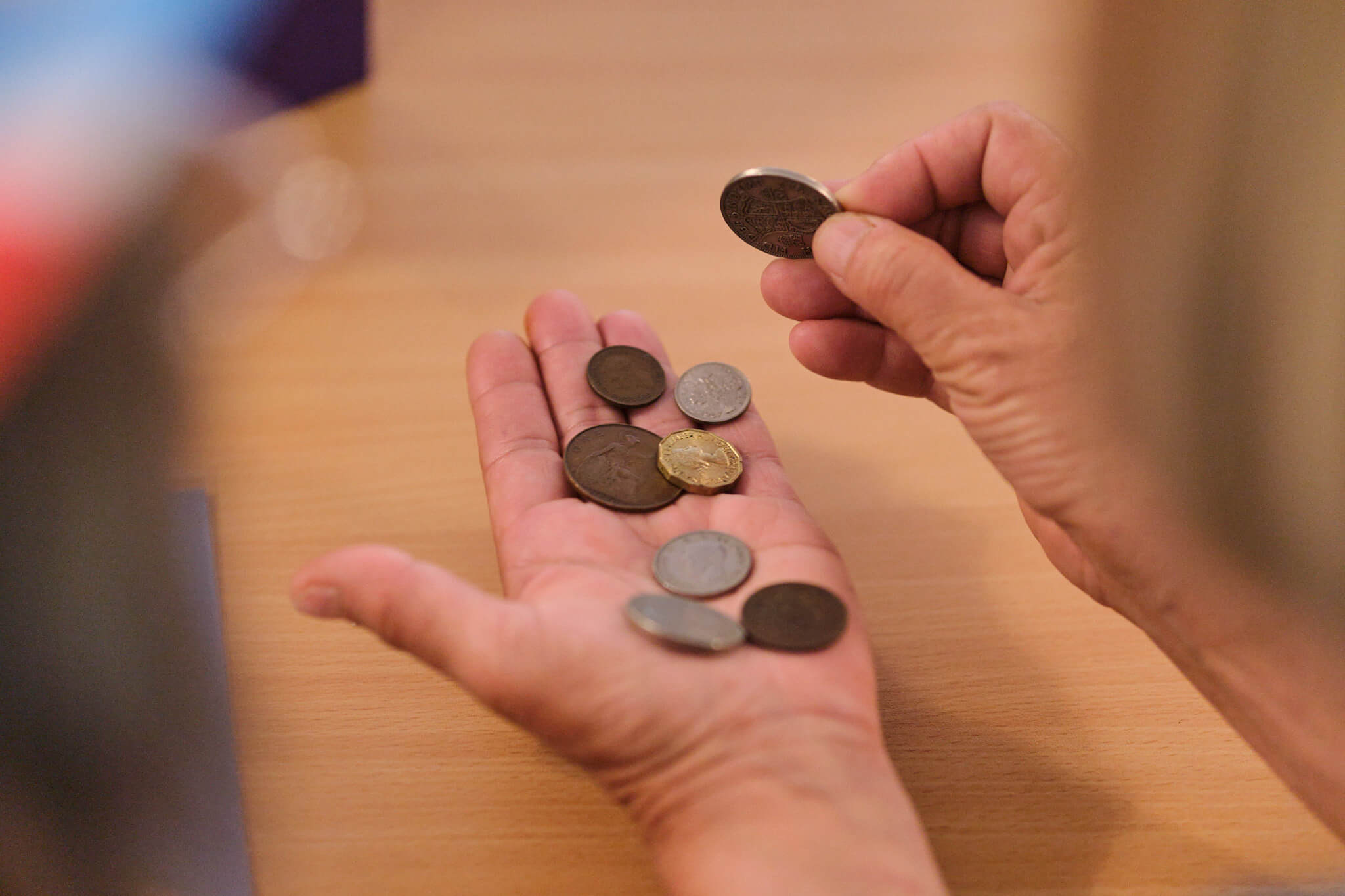 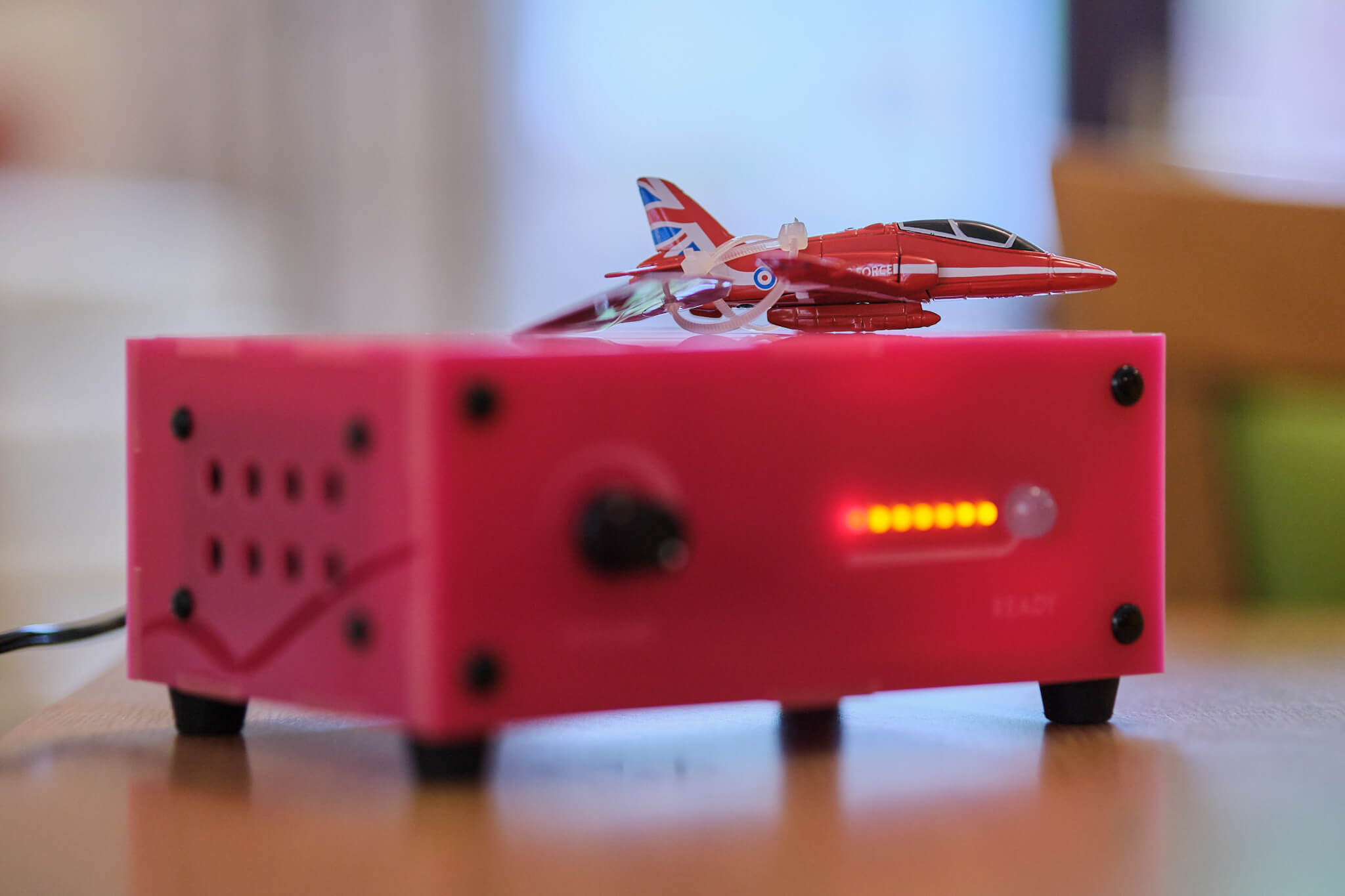 The Royal Mint Advisory Committee (RMAC) was established in 1922 with the personal approval of George V. It exists to raise the standard of numismatic and medallic art in Britain by providing government departments with design advice on coins, official medals, seals and decorations. To celebrate the 100th anniversary of the Committee our Collections Manager, Sarah Tyley, has been hard at work digitising the first 200 meetings which can now be found in our online library. 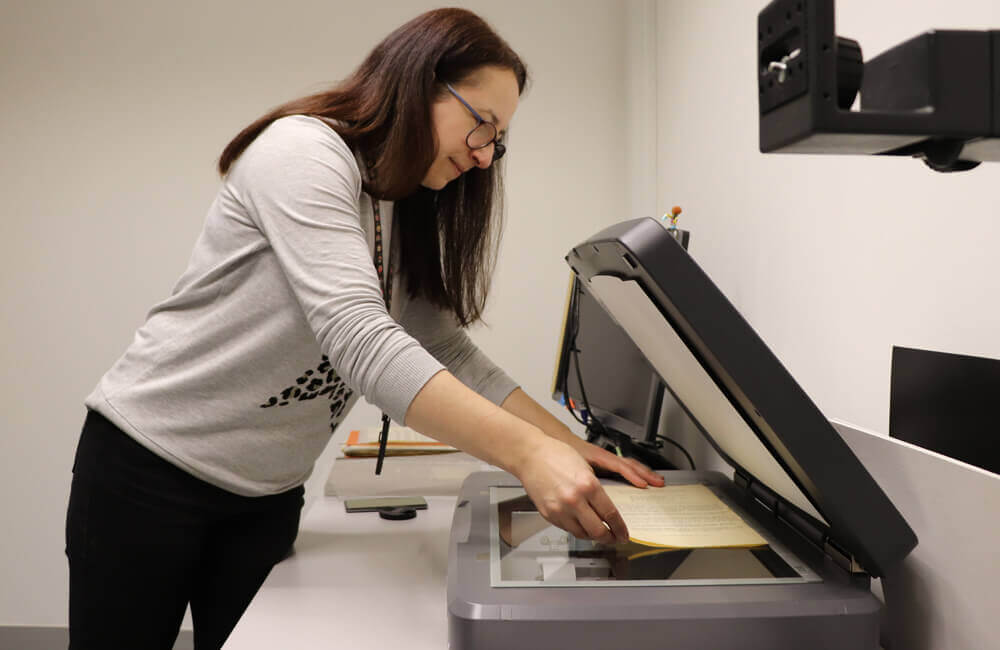 Anyone interested in the history of money will definitely want to listen to this episode of the European Finance and Banking History Podcast. The podcast was created by The European Association for Banking and Financial History, whose work provides historical analysis and preservation consulting to bankers, supervisors and policy makers. The show’s host, Carmen Hofmann, was keen to talk to our Director, Dr Kevin Clancy about the close relationship between money and power, and how war has influenced currency and monetary reform. These themes were explored in his 2018 publication Objects of War: Currency in a Time of Conflict. 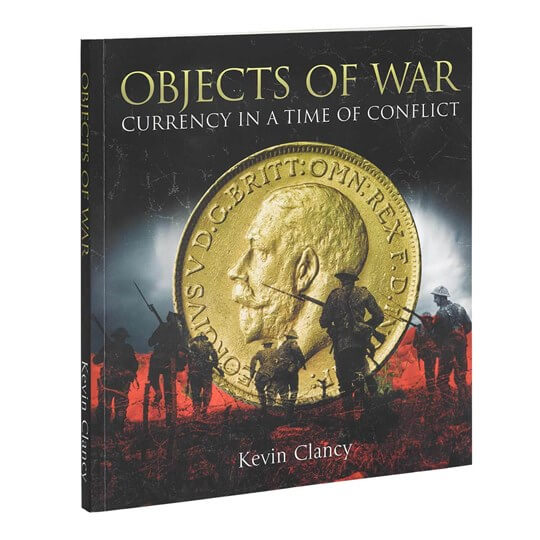 The story of the Royal Maundy ceremony is well known, involving the monarch personally distributing sets of the tiny, beautiful silver coins to recipients who have made an important contribution to the well-being of parishes up and down the country. The Royal Mint Museum has many specimens of the coins, from the current and from several other reigns, but not until very recently have we possessed a complete grouping of the coins as given to one recipient, or the associated items, such as a programme or an invitation relating to the ceremony itself. All that changed, however, through the generosity of Mrs Freda Meggs.

Mrs Meggs had attended church regularly as a child and in adult life this led to her becoming involved in the parish community, taking on Lay Leadership roles and running Sunday schools. In 2016, her 90th year, in recognition of her ‘exemplary Christian service’ in the diocese of Salisbury, she was invited to the Royal Maundy service at St George’s Chapel, Windsor Castle, on 24th March. She received the special sets of coins personally from the Queen, comprising nine complete sets adding up to 90 pence, the age of the Queen in that year. Every year the total face value of coins distributed increases in line with the Queen’s age, as does the number of women and the number of men who receive Maundy Money. 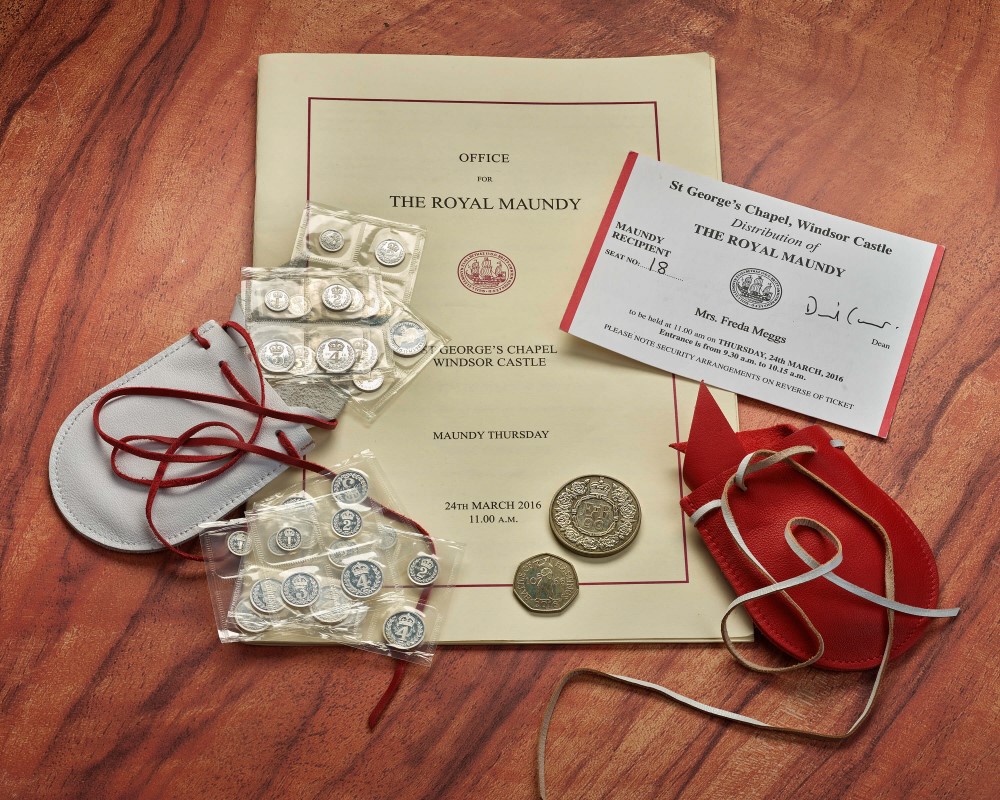 In September of the following year, accompanied by members of her family, Mrs Meggs visited the Royal Mint Experience and was so fascinated by what she saw she elected to leave as a legacy to the Museum the coins and the associated letters, programme, newspapers clippings and photographs relating to the service. Mrs Meggs sadly passed away earlier this year, and her son, Bob, came to the Museum to fulfil his mother’s wishes and donate this wonderful collection of material. Freda’s story is now part of the Museum’s history, standing as a real-life record of incredible public service, and plans are already being explored to ensure the gift can be more widely shared, including being made accessible online and featured in a future exhibition. 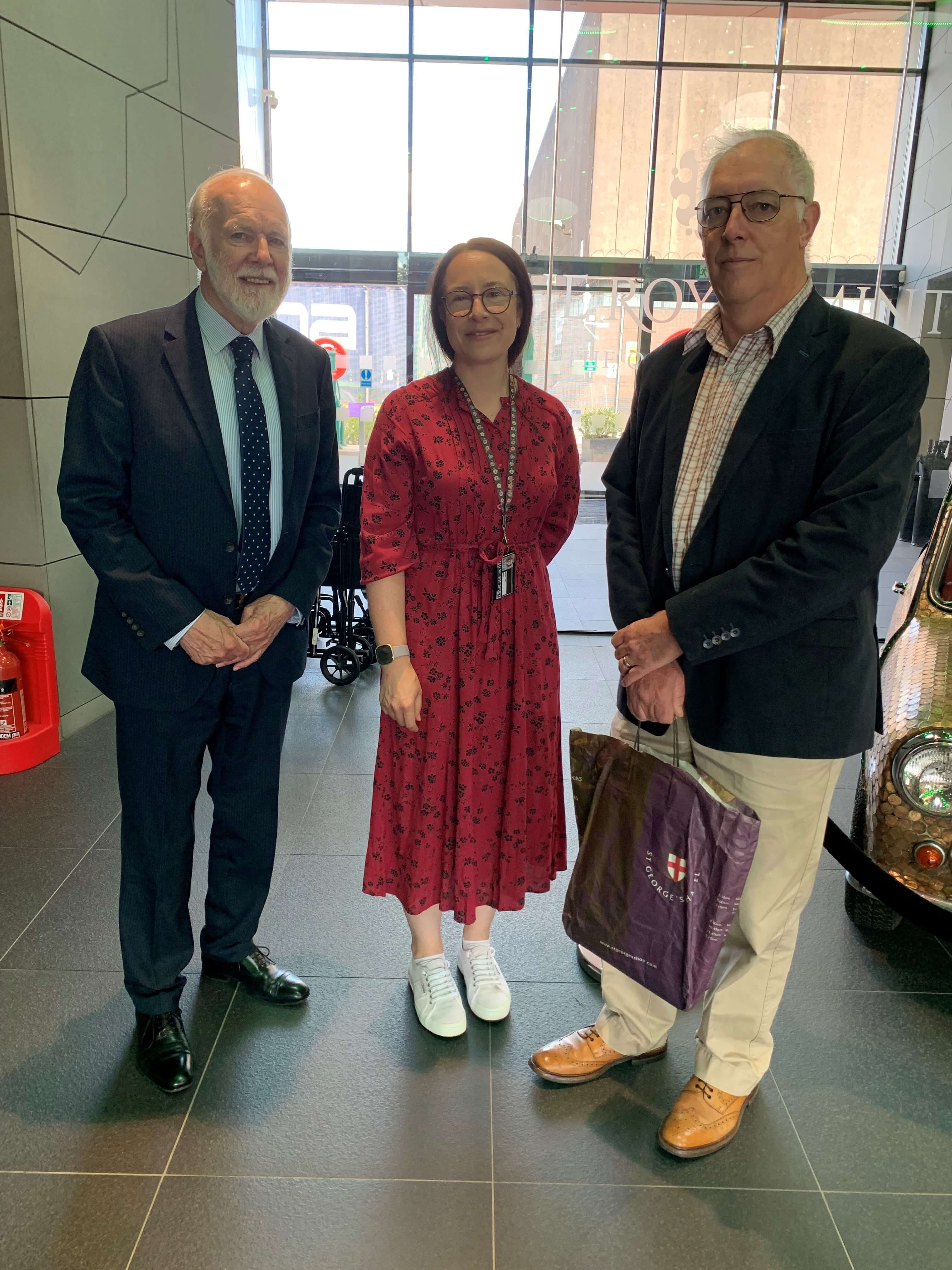