Although a coin of five shillings was struck for a few years during the reign of Edward IV, under the name of a half-ryal, it was not until the reign of Henry VIII that a gold coin known as a crown was introduced.

This first crown, which had been introduced in August 1526 with a value of four shillings and sixpence, had a very short life. In October of the same year it was superseded by a new crown having the more convenient value of five shillings.

In 1551 Edward VI issued a large silver coin of the value of five shillings and as its currency value was the same as that of the gold crown it took its name from that coin. Both gold and silver crowns continued to be struck concurrently until early in the reign of Charles II, when minting of the gold crown ceased. 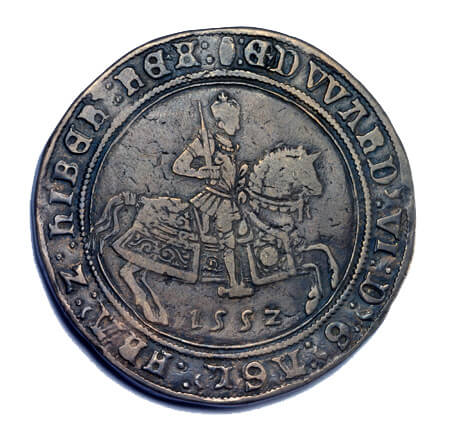 By 1751 the popularity of the silver crown had declined and it evidently played a limited role in circulation. An attempt at revival was made in 1818 when Pistrucci’s head of George III was combined with his classic St George and the dragon to produce what was said to be one of the handsomest coins in Europe. But the crown failed to re-establish itself as a circulating coin, and was to do so again at the end of the century despite active efforts to promote its use.

Because of its large size, however, it has found its role as a commemorative coin, particularly of royal anniversaries, and is now regularly used for this purpose. Since 1990 it has been re-denominated as a five-pound coin but the historic name crown, which can be applied to any large white-metal coin, is still used. 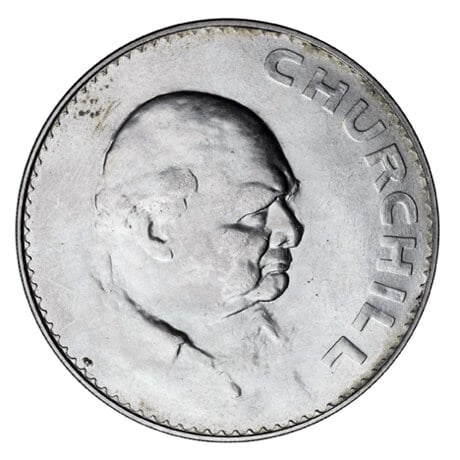