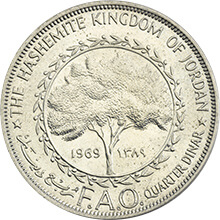 The Royal Mint has a long relationship with Jordan stretching back to the first national coinage – dated 1949 but issued in 1950 – produced soon after the achievement of independence. An order was placed for six denominations, from the 100 fils down to the 1 fils. The denomination, date and name of the country appeared in Arabic on the obverse, in English on the reverse. A misunderstanding regarding the spelling of the Arabic singular meant that the first issue included a 1 fil coin – this was hastily corrected to 1 fils for future orders.

A major design change was made in 1968 when a portrait of King Hussein by Philip Nathan was adopted for the obverse. In the following year a quarter-dinar was issued into circulation, initially under a scheme devised by the Food & Agriculture Organisation of the United Nations to raise funds for agricultural projects. The reverse bore an olive tree design by Michael Rizzello.

A new portrait of King Hussein by Geoffrey Colley was introduced for circulating coins in 1978. It had been used the preceding year on three Jordan coins issued as part of the Conservation Coin Collection – an international project in collaboration with the WWF which helped finance conservation programmes.

The 1990s witnessed a considerable amount of activity: a new, left-facing royal portrait was introduced; a new series of lower denomination coins consisting of 10, 5 and 2½ piastres, 1 and ½ qirsh was issued; seven-sided dinars, half-dinars and quarter-dinars were struck; and, in 1997, Jordan’s first bi-metallic coin – a half-dinar – was released. With the accession of King Abdullah in 1999, a new portrait by Robert Elderton made its first appearance on coins of the following year. 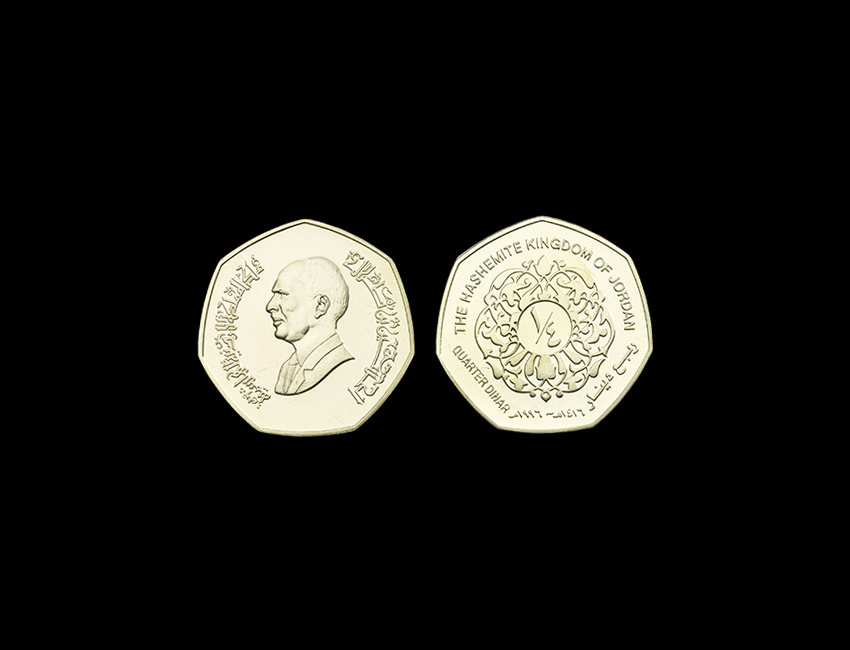 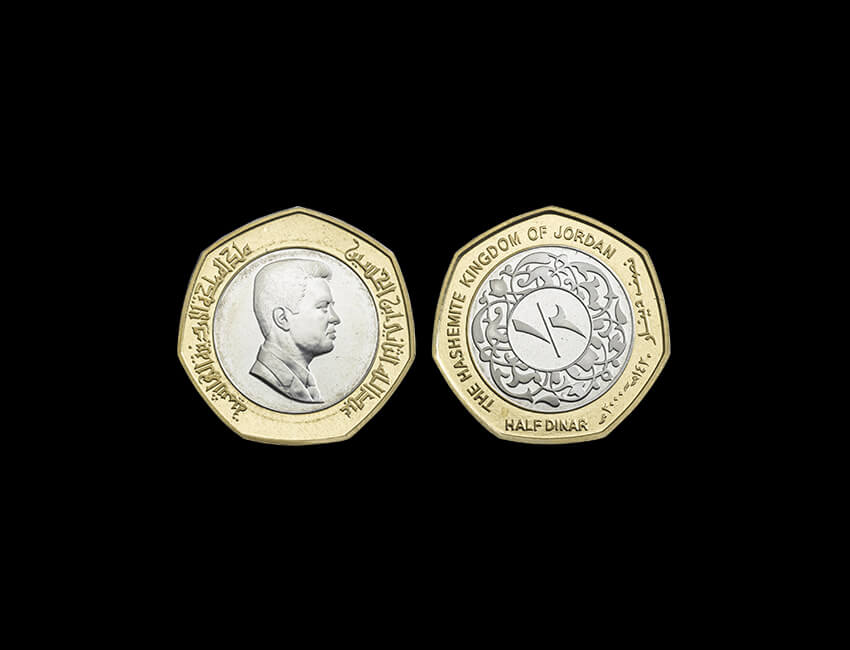 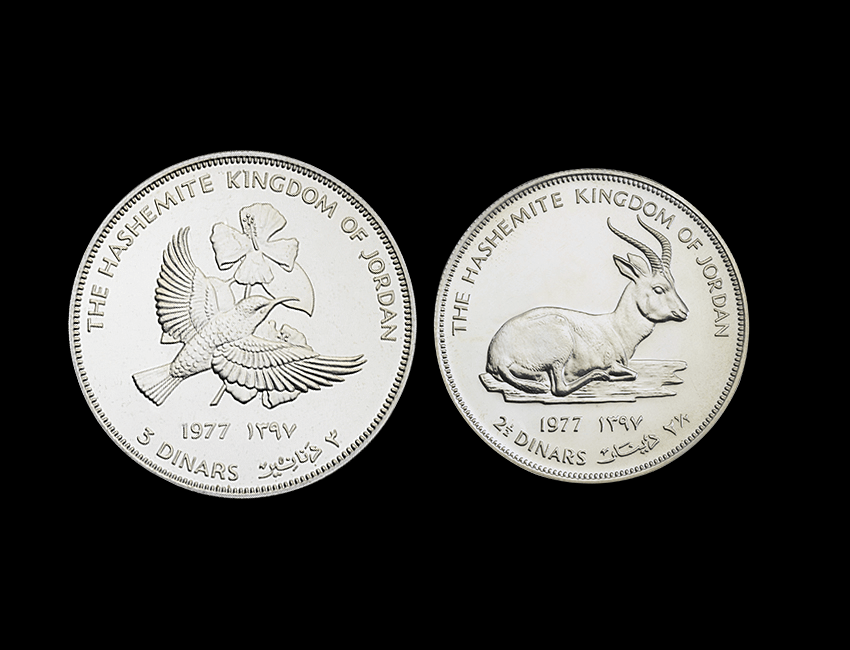 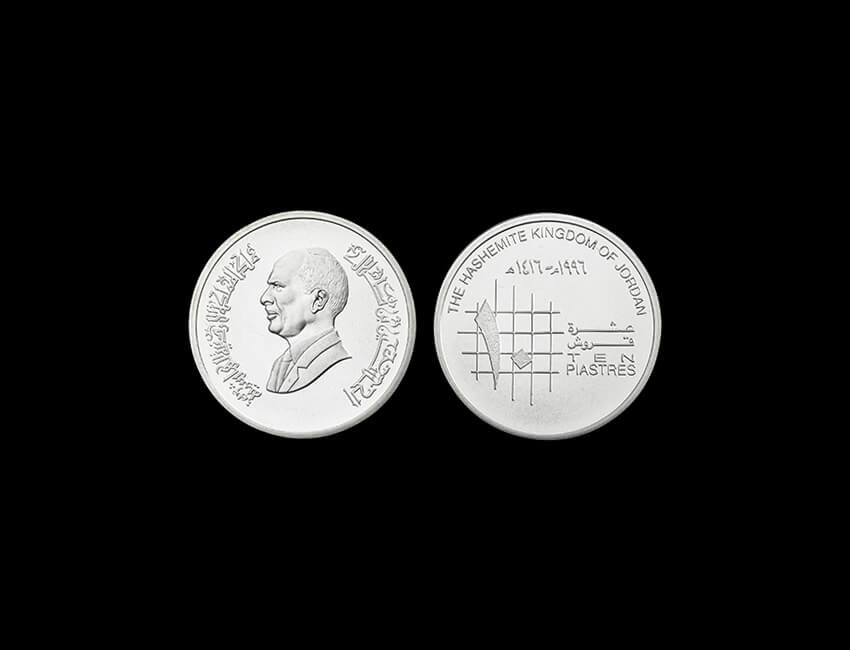