Jack James, as Deputy Master at Tower Hill, was a crucial figure in the modern history of the Royal Mint. Appointed in 1957, he was a proud and tenacious man with a fierce intelligence who described himself as ‘a weird combination of industrialist, civil servant and palace servant’. His determined and decisive leadership succeeded in transforming the output and organisation of the old Mint at Tower Hill; and when the introduction of the new decimal coinage was announced it was James along with the Chancellor of the Exchequer, James Callaghan, who masterminded the move away from London. 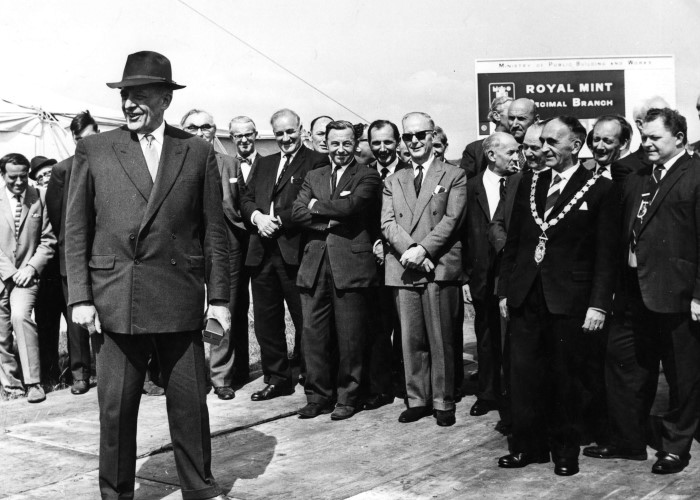 The unprecedented challenge of establishing production in Wales required all of James’ considerable abilities. A skilful and subtle operator who often distanced himself from day-to-day business, he understood the importance of treading a delicate path between the workforces in Wales and London.

Once the initial decimalisation programme was complete and the move to Llantrisant secured he stepped down as Deputy Master in October 1970. His services were recognised by the award of a knighthood.

Click here to watch an interview with Jack James