By October 2020, in the space of little more than six months, the Royal Mint will have produced some two million visors for the NHS. That we should have contributed in such an unexpected way to the national effort to tackle the Covid-19 pandemic will come as no surprise to those familiar with the history of the Royal Mint. During both the First and Second World Wars for instance, to assist the war effort, our skilled engineering resources were diverted to high-precision munitions work such as master gauges for ammunition. 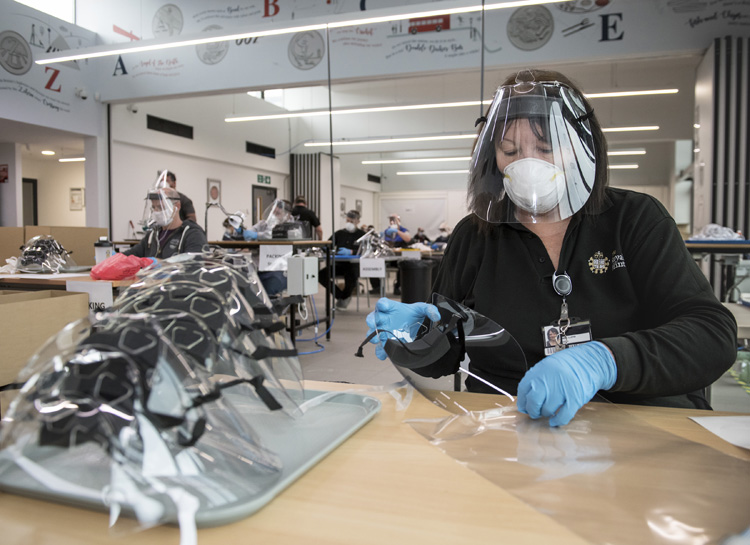 The Covid-19 pandemic has prompted a similar response. During the spring cases of the virus rose dramatically and, with more and more admissions to hospitals, Personal Protective Equipment (PPE) was in dangerously short supply across the country. It was clear that the NHS urgently required assistance from manufacturers, such as the Royal Mint, to help protect its front-line staff.

In response, the Royal Mint has rapidly turned over part of production capacity to design and make PPE in the form of medical visors.
Working at speed, and in close consultation with staff at the Royal Glamorgan Hospital, less than a mile away, a prototype visor was created within a few short hours and two days later approved for production. Although making these visors was a totally new venture, the engineering foundations of the Mint, and a millennia of mass produced accuracy, have proved invaluable in enabling production to ramp up quickly from a standing start. 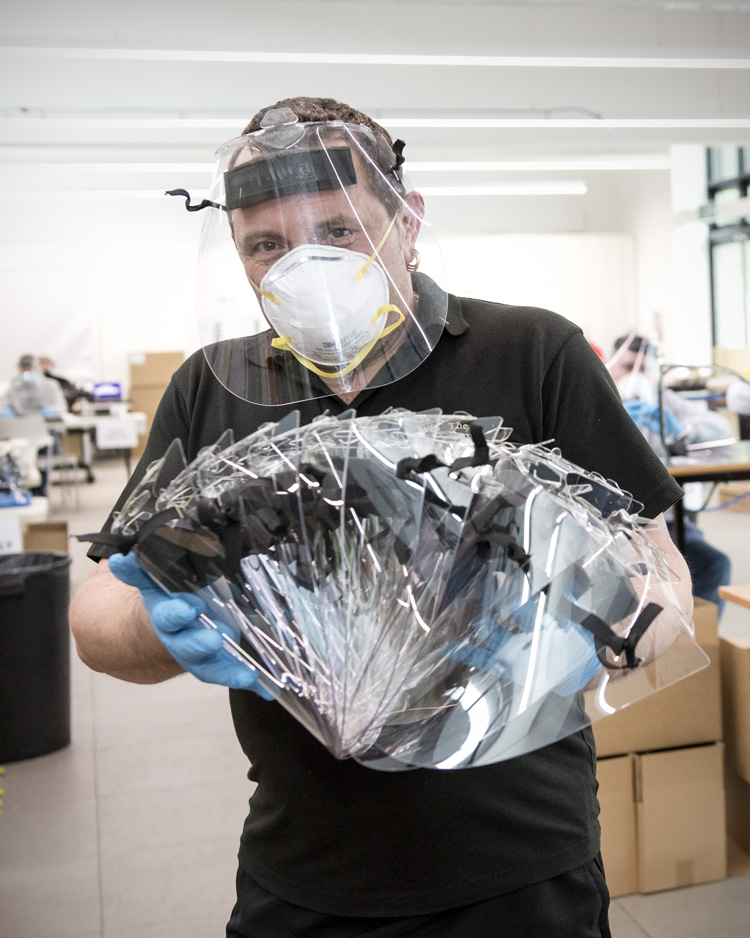 “My sister works for the NHS and it really focuses your mind on the challenges they are facing, and the opportunity we have to support them…we set our engineers the task of developing essential medical equipment which could be easily made on site – within seven hours they’d created a medical visor, and within 48 hours it was approved for mass manufacture.” 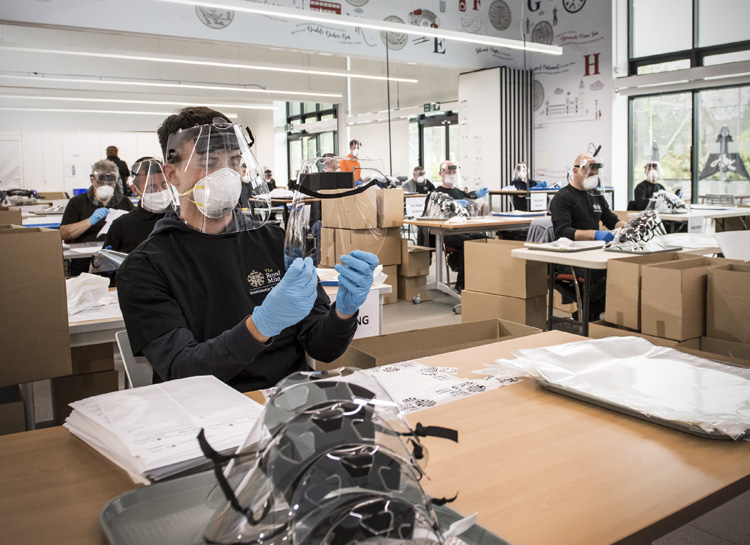 At first, due to shortages of transport, Royal Mint staff personally delivered boxes of the visors to local hospitals, often greeted by NHS staff tearful with gratitude. The visors have been positively received by medical professionals in dozens of hospitals, being praised for their quality and comfort during long shifts.

With the Royal Mint Experience closed to the public, the building provided a convenient space as the production cell for the visor project. Initially producing around 2,000 a day, output soon rose to ten times that number with shifts running around the clock. 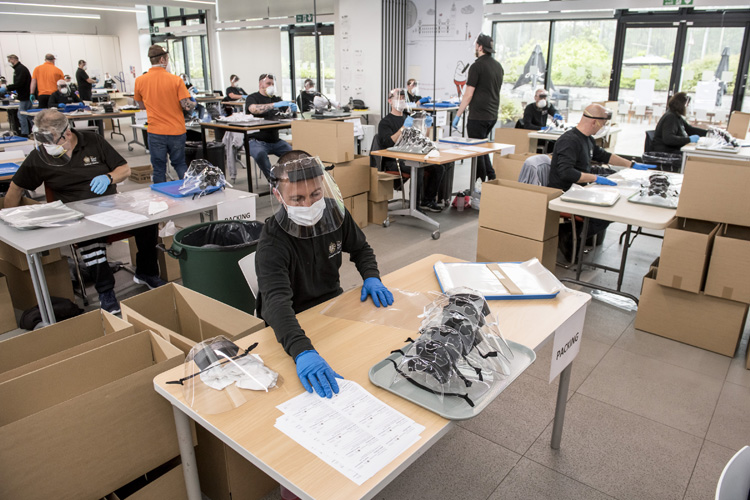 “It’s vital our brave NHS workers have the protective equipment they need to safely care for those affected by the coronavirus outbreak. I applaud the Royal Mint for refocusing their efforts and working around the clock to play their part during this national emergency.’

Rishi Sunak, Chancellor of the Exchequer and Master of the Mint.

The Mint in the Second World War

A munitions department was established at Pretoria in 1938 and this was expanded after the outbreak of war.

Step into a shadowy underworld where money is used to hide secrets and aid escapes from danger.