Given the general shortage of men in the wartime economy, women were first employed in the actual processes of coining in the summer of 1941.

The overlooking table, known affectionately as a mangle, was an ingenious device which allowed struck coins to be inspected on both sides. As far as this picture is concerned, the coins were poured out onto the upper conveyor by the woman in the middle. As the coins were carried towards the rollers at the far end, the woman on the left inspected the top side and removed any faulty pieces. The coins were then flipped over by the rollers and sent back along the lower conveyor, allowing the woman on the right to view the other side. 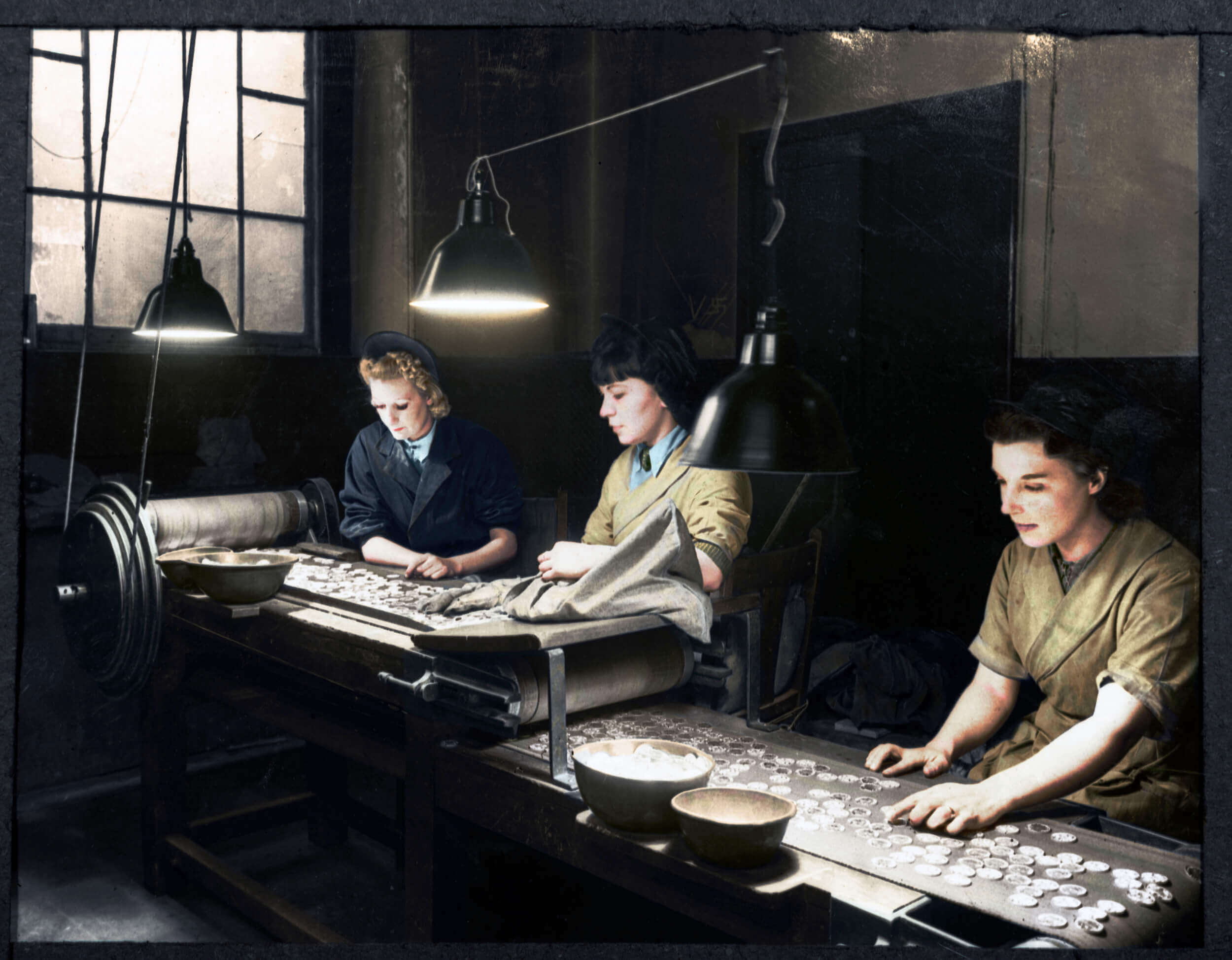