The Royal Mint Museum contains an archive of thousands of photographs dating back to the late 19th century which provide an invaluable record of the changing processes and of the people who have worked for the organisation. In this section the intention is to share some of these photographs – particularly those that illustrate significant items of equipment or that add a touch of colour to the day-to-day existence of Mint staff.

Not content with simply working together, there is a long tradition of Mint employees arranging trips and days out. A considerable number of photographs taken during these outings are now held in the Museum, including several from when the Mint was still based in London. Not unnaturally, the seaside resorts of the south-east were popular locations – Brighton, Clacton-on Sea, Eastbourne and Margate. But it appears that an intrepid group ventured all the way to Blackpool on at least one occasion in the 1950s. 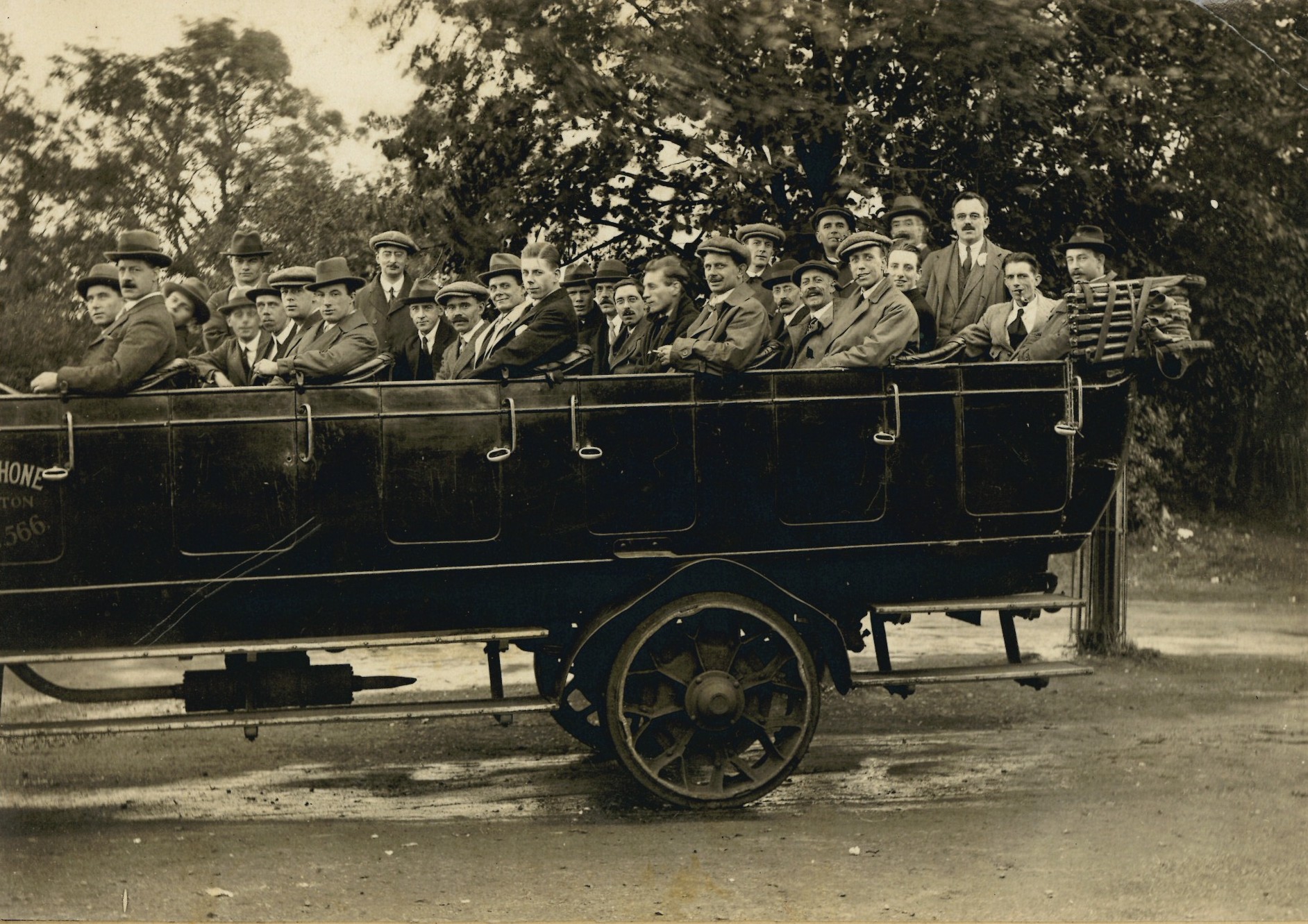 The photograph shown here is one of the earliest we have of this sort of excursion. Neither the date nor the intended destination are known but a handful of identifying names have been written on the back. The gentleman seventh from the left is identified as Harry Foulger, a workman first employed at Tower Hill in 1937, and thus the photograph must have been taken at some point after that.

Given the general shortage of men in the wartime economy, women were first employed in the actual processes of coining in the summer of 1941.

The overlooking table, known affectionately as a mangle, was an ingenious device which allowed struck coins to be inspected on both sides. As far as this picture is concerned, the coins were poured out onto the upper conveyor by the woman in the middle. As the coins were carried towards the rollers at the far end, the woman on the right inspected the top side and removed any faulty pieces. The coins were then flipped over by the rollers and sent back along the lower conveyor, allowing the woman on the left to view the other side.

Life at the Mint

Like many others, William O’Shea spent his entire working life at the Mint. Starting as a medal hand in 1918 at the age of 16, he retired at 65 having reached one of the more senior technical grades in the Operative Department. In recognition of his many years of service, his retirement was noted in the Royal Mint Annual Report for 1967.

‘Chairing out’ was a Royal Mint tradition intended to give long-standing employees a noisy and suitably memorable exit.

The frustration with surviving photographs very often lies in not knowing the names of those in the picture, a situation which certainly applied to the three gentlemen shown here in a photograph from the 1890s – that is, until quite recently.

We were contacted from America by a descendant of the man to the bottom-left whom we now know to be Edmund Anning. In researching her family history, the lady knew of the connection with the Royal Mint and, having bought a copy of Graham Dyer’s The Royal Mint: An Illustrated History, discovered her relative in one of the images on page 37. She subsequently made contact with the Museum, revealing who the man was, and we were able to tell her about his career at the Royal Mint as a packer and teller at the time the picture was taken and later how he moved up to the position of Office Keeper. The story provides an excellent illustration of how the Museum is able to help others with their research and how they in turn are able to enhance our knowledge of the records and images that have come down to us. 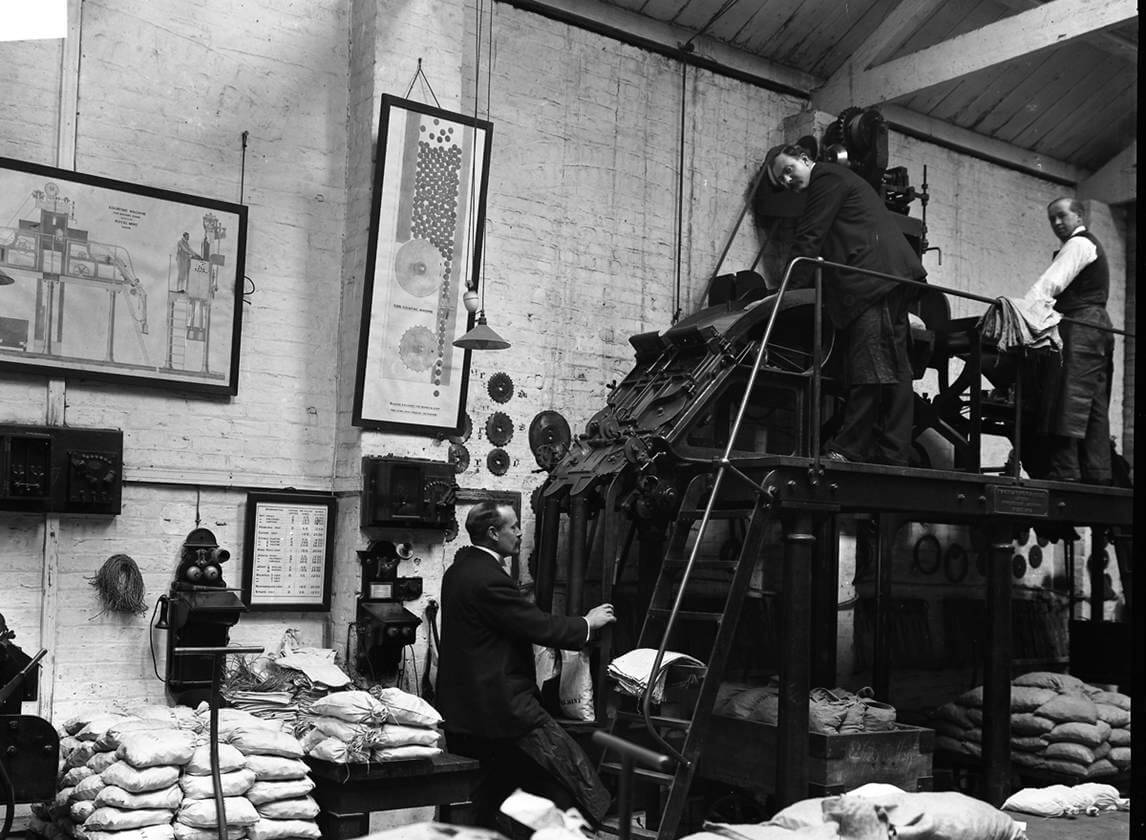 Can you identify these people?

By the kindness of the medal dealer Christopher Eimer the Royal Mint Museum acquired an album of photographs presented to the long-serving Charles Goodwin on his retirement in December 1869 as Clerk of the Die Department.
The album, which Mr Eimer came across quite by chance in a small local auction, consists of some 30 photographs of Goodwin’s colleagues. But what is frustrating for the Museum – though understandable enough, of course, from Goodwin’s point of view – is that with a single exception none of the photographs have been signed or bear any mark of identification.
It is our hope, however, that contact with descendants of Royal Mint officers of the mid-19th century will eventually allow many of the photographs to be identified and to be associated with names that have long been familiar to those who study the history of the Royal Mint. 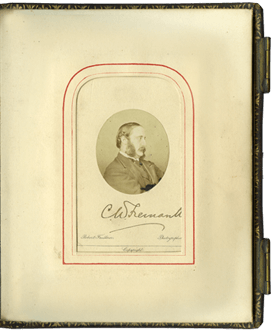 The Royal Mint Swimming Club, had its first committee meeting 120 years ago on 4 August 1897.