The man depicted in this unusual cartoon from the Royal Mint Museum is almost certainly William Wellesley Pole, Master of the Royal Mint during the second decade of the 19th century, a colourful character known for his energy and disciplined leadership.  He is shown wearing equipment used in the assaying of coins, from a mini furnace on his head to an assay sample tray at his side, from balances for earrings to a vial of acid strapped to his back. 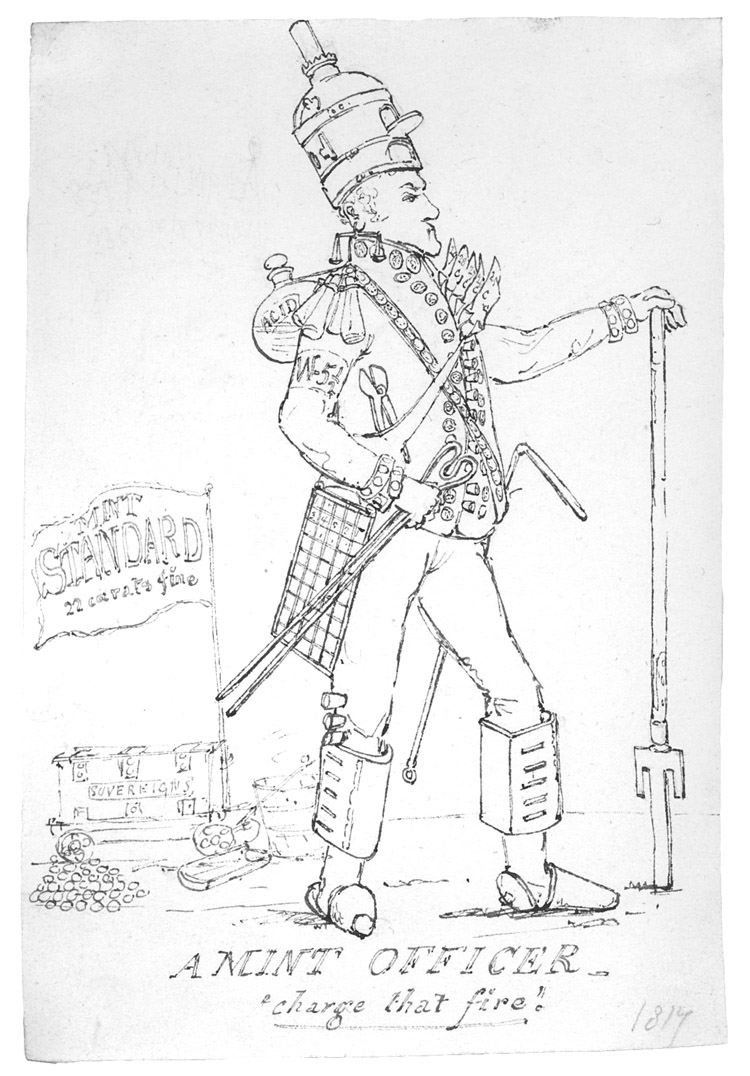 The cartoon is identified as the work of James Prinsep, an Assay Master who was employed at the Calcutta Mint but who may well have trained at the Royal Mint in London during Pole’s Mastership.  The determined leadership Pole brought to the Royal Mint was undoubtedly beneficial but he was also an arrogant man and Prinsep may have been poking good-natured fun at this aspect of his character.