Changes in the royal portrait occur but rarely on United Kingdom coins. Even during the long reign of Queen Victoria there were no more than five portraits, one of which enjoyed such royal favour that it continued to be used for some 50 years. Similarly, only five standard effigies of the present Queen have been used on the United Kingdom coinage since her accession in 1952.

The first of these effigies was the portrait by Mary Gillick. This shows the Queen wearing a wreath in the style of many British coins struck between the 17th and early 19th centuries. It remained in use for United Kingdom coins until decimalisation, and still appears on the special silver coins minted each year for the Royal Maundy. 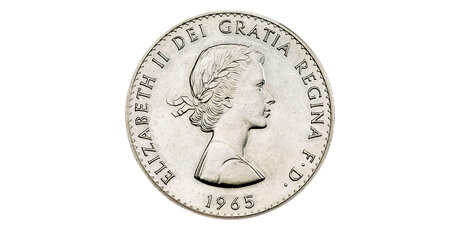 For the decimal coins, the first of which entered circulation in 1968, a fresh portrait by Arnold Machin was adopted. Like Mary Gillick, he avoided the couped portrait cut off at the neck which had been usual on coins earlier in the century. The wreath, however, he replaced with the tiara of festoons, scrolls and collet-spikes which had been given to the Queen as a wedding present by Queen Mary. 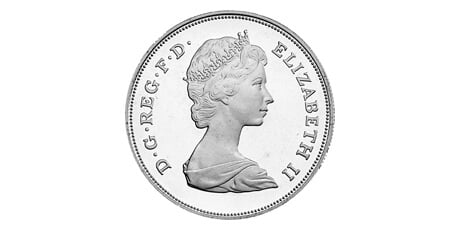 The effigy selected for use from 1985 was prepared by the sculptor Raphael Maklouf. Having worked originally from photographs, he was granted two sittings by the Queen in order to make minor adjustments to the portrait. It shows the Queen with the royal diadem which she wears on her way to and from the State Opening of Parliament, and includes a necklace and earrings. 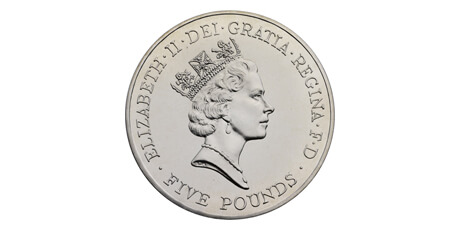 There was, deliberately, a classic timelessness about the Maklouf design, but for the fourth portrait, adopted at the beginning of 1998, a greater degree of realism was introduced. This is the work of the sculptor Ian Rank-Broadley who, because coins have become smaller, wanted the portrait to fill as much of the field as possible. 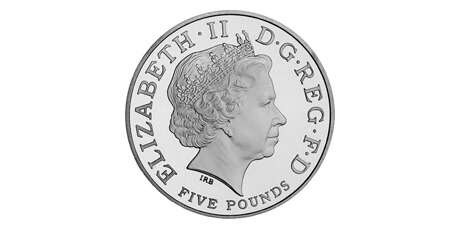 The latest portrait designed by Royal Mint engraver Jody Clark shows The Queen with the Royal Diamond Diadem Crown, which she wore for her Coronation in 1953. Clark chose this regalia as a nod to the past as it was featured in the designs by both Raphael Maklouf and Arnold Machin. 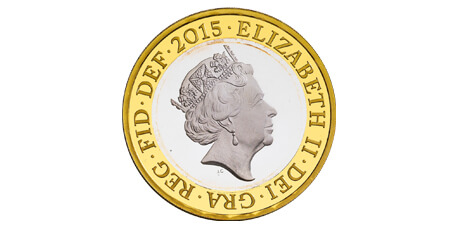 The Queen continues to be shown facing right in accordance with a tradition which can be traced back to the 17th century whereby successive monarchs face in alternate directions on the coinage, George VI having faced to the left. Some have claimed to see the origins of this tradition in the desire of Charles II to turn his back on Oliver Cromwell. Such a convenient explanation is unlikely and it may be better to concede that if any practical or political reason ever existed it has long since been forgotten. 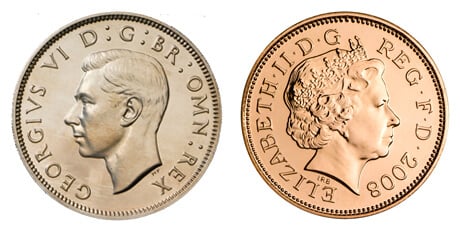 Find out more about Mary Gillick and the Queen's portrait in this discussion which was streamed live on May 31, 2022. The talk celebrates Her Majesty The Queen's Platinum Jubilee, for which the British Museum is putting on a new display, Mary Gillick: modelling The Queen's portrait (2 June – 3 July). The shows curator Philip Attwood is joined by Dr Kevin Clancy, Director of the Royal Mint Museum, and Alessandro Nasini of the Royal Collection Trust, to consider how this image of The Queen was designed and struck in coinage. They also explore how it fits in with the development of The Queen's image over her 70-year reign, especially through photography.

Double Portraits on the Coinage

The first English coins to bear a double portrait were issued during the reign of Mary I.

Like the sixpence, the threepenny piece first appeared as a silver coin in 1551.