Although the Royal Mint Museum has many coins – and some coinage tools – from Isaac Newton’s time as Master of the Royal Mint during the early 18th century relatively few items have survived from this period that illustrate the Royal Mint itself. One such item, however, that has come down to us is the handsomely engraved set of troy weights dated 1707 illustrated here. 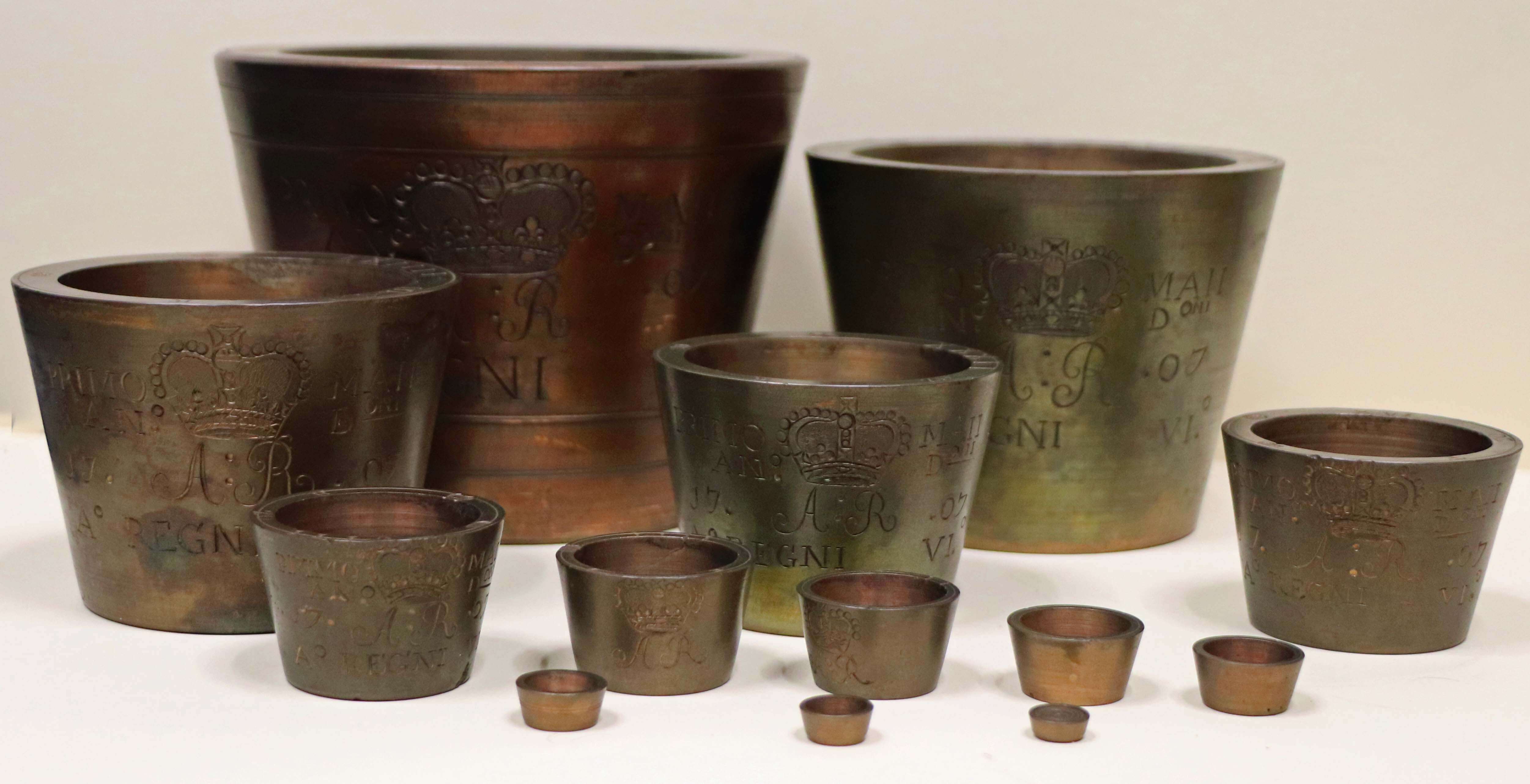 The date is significant, the weights having been prepared in the wake of the Act of Union with Scotland to ensure that the coinages struck north and south of the border conformed to the same standard. But not only is the set attractive in its own right, it symbolises the importance of accuracy when producing a gold and silver coinage, an element of Royal Mint production that was important to Newton as a scientist.