The Second World War was a time of great social change for many people. This was no different at the Royal Mint.

Through its 1,100-year history, the workforce at the Mint had been almost exclusively male. There are accounts of women being employed during the 19th and early 20th century as secretaries and cleaners, and in one instance as an assistant in the Museum, but they never worked in the factory.

This all changed during the Second World War.

At the Royal Mint over a quarter of the male workforce joined the Armed Forces and many others were required to make munitions such as bullets and shell cases. By 1941 with so much to do, and so few men available to carry out the daily work of making coins, women were allowed on the factory floor for the first time.

Have a look at the photographs below to see some of these women at work. 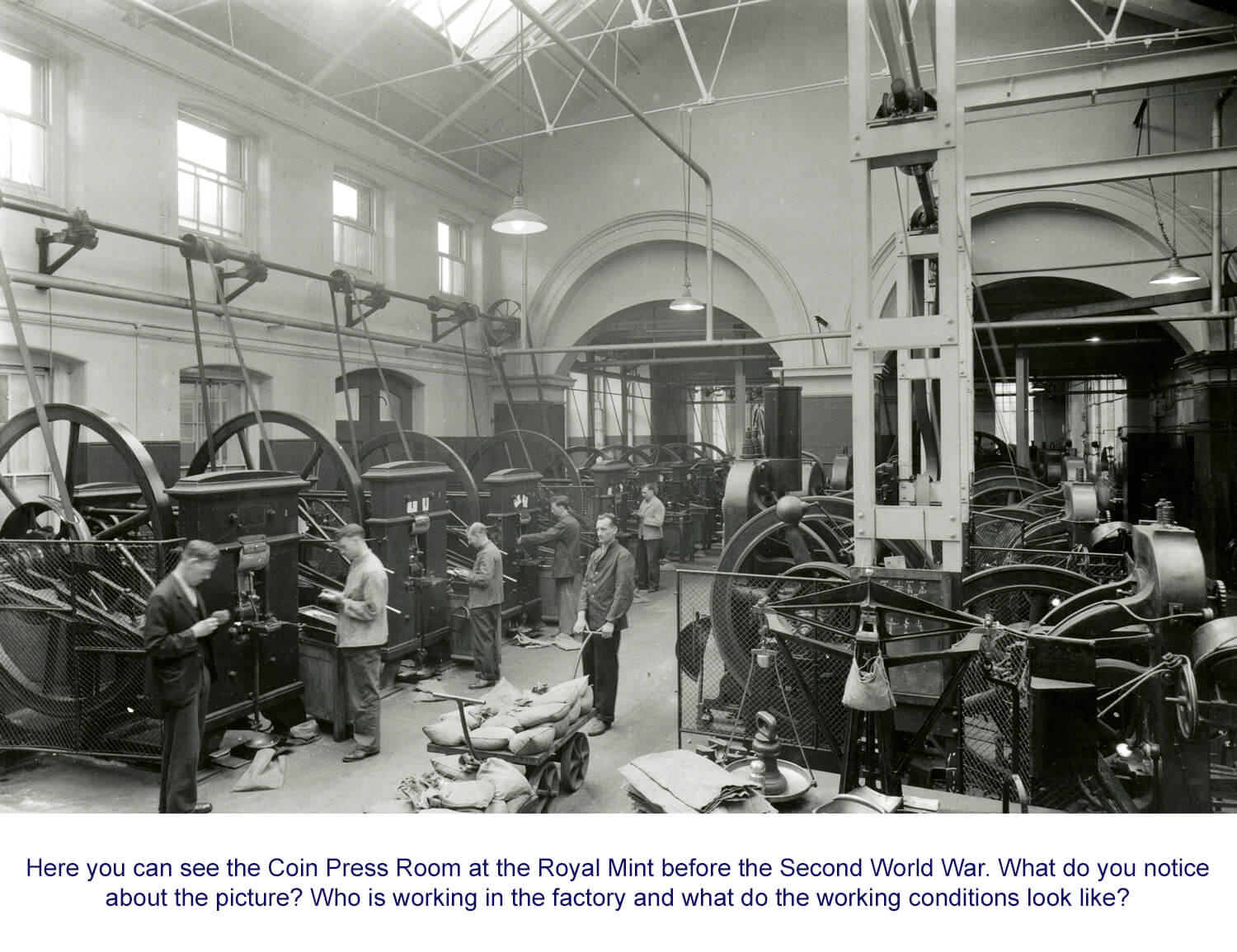