Did you know the Royal Mint has a long history of making medals? Find out more by watching our video and have a go at designing your own medal using our downloadable activity sheet.

Now you have found out more about medals and how they are designed why not create your own using our downloadable activity sheet?

Need some inspiration for your medal? Have a look below at some of our original artwork.

The plaster model above was created in 1946 by an artist called Percy Metcalfe. It was designed for the Defence Medal but in the end a different design was chosen. 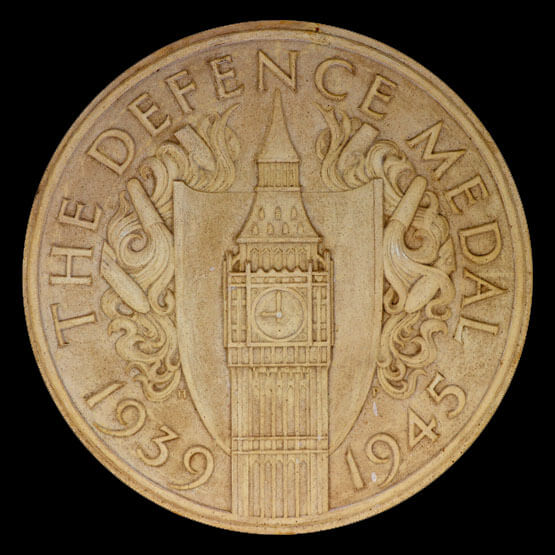 The plaster model shown here was also created in 1946 by a different artist called Humphrey Paget. This exciting design shows the Elizabeth Tower where the famous bell 'Big Ben' is hung. The hands of the clock point to the hour that war was declared. In the end this design was not chosen either.

The artist George Kruger Gray designed this medal in 1940. It was called the George medal after King George VI and shows the legendary battle between St George and the dragon.

The plaster model shown here is for the King's Medal for Courage in the Cause of Freedom. It was created in 1947 and features words as an important part of the design.

The plaster model shown here was created for the 1939-45 War Medal by the artist Edward Carter Preston. The design uses a lion and a double headed dragon.