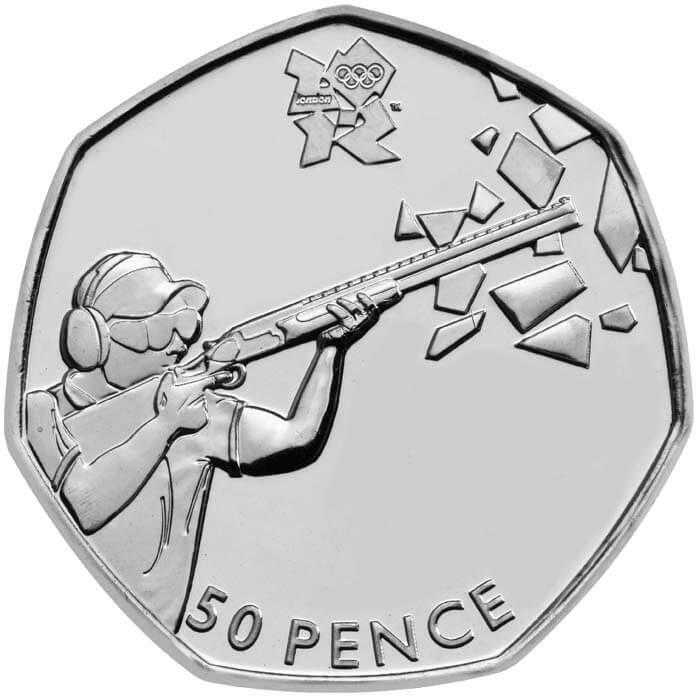 How did you decide to enter this competition?

I decided to enter the competition because, I actually heard through a friend, and she knew that I was interested in coins because I’ve actually got a 1920’s till in my living room and I’ve got loads of things inside it and so it’s the kind of thing that my friends know I like so I heard about the competition through her and I decided to enter it.

Why did you choose Shooting for your design?

I decided to choose shooting because I had an idea to take the shattered clay pigeon and I wanted to make a play on taking the 2012 logo and the geometric shapes that come from it and create the segments from the explosion that links back to the branding of 2012 so that was my connection, the idea that the clay pigeon would work with the 2012 branding and how that sport fitted with the idea I had.

What was the inspiration behind your idea?

My inspiration for this design came from living in Hackney next to the Olympic Park so for the last few years I’ve been around this building site, all the work, all the trucks and particularly all the hoarding that goes on around the park has all this strong graphics and as a graphic designer myself I’m very drawn towards it so in some sense I guess it was quite easy for me because they kind of did some of the work for me so when they had done all this kind of geometric segmented shapes I tool their idea and moulded it with my idea of the exploding clay target to create this design for the shooting coin.